BRAINTREE -- Finishing a high school homework assignment can be tough but expected, yet for those Massachusetts youth without a home -- completing an algebra problem set might be less important than finding a safe place to sleep for the night.

The Massachusetts Catholic Conference (MCC), the public policy arm of the state's Catholic bishops, and Catholic Social Services of the Diocese of Fall River recently provided testimony in support of House Bill 1682, "An Act Providing Housing and Support Services for Unaccompanied Youth," a proposed act in the Massachusetts Statehouse.

Currently, the bill sits in the Joint Committee on Children, Families, and Persons with Disabilities in the state's legislative process.

Sponsored by Rep. James O'Day (D-West Boylston) and 14 other legislators, the bill would allocate existing state funds to secure housing and other support services for independent, homeless persons 22 and younger. The state's Executive Office of Health and Human Services would seek "performance based" contracts with organizations that could provide housing and resources for the youth including: health care, education, employment, independent living skills training, and simple basic needs.

The organizations chosen "shall provide unaccompanied homeless youth with a stable out-of-home placement and help to reunite the youth with the youth's parent or legal guardian if family reunification is in the youth's best interest, and help create educational and residential stability," the bill states.

The MCC recently sent out an email alert encouraging its members to contact their state representatives in support of the bill and possibly submit their own testimony to the chairs of the joint committee, Sen. Michael Rodriquez and Rep. Kay Khan.

According to Kathryn Davis, public policy coordinator of the MCC, the organization Catholic Charities/Catholic Social Services -- which currently contracts with the state to provide housing for the homeless -- could receive addition resources to cater to unaccompanied homeless youth.

"There are a whole host of wonderful programs out there from a variety of different perspectives that are serving young people. It's just that the need is greater than the resources right now," said Davis.

The bill also calls for a special commission that would study and analyze the challenges for unaccompanied homeless youth under 18, and identify best practices to address the issues. Included in this commission would be representatives from state agencies, non-profits, and three youth who have experience with being homeless.

One is the transition of young persons under the custody of DCF as they approach and pass the age of 18, known as "aging out" of the system.

"We just haven't done a great job... What the folks in the field are finding is that they're lots of kids falling through the cracks out there," said O'Day.

Another is that of unaccounted for homeless youth who do not report their situation and so not counted. According to O'Day, 6,000 unaccompanied homeless youth in Massachusetts is a common figure cited, though he believes the number is higher.

"Regrettably, once you're out on the street and you're 14 or 15, you really do try to make yourself invisible and you are less likely to get brought into the system, if you're sort of hiding from that system," said O'Day.

O'Day believes that housing homeless youth is not enough, but that they also need to be connected to a support person. That is ideally a relative of the youth. But if the situation is not ideal or there is no relative, a coach, teacher, former Boy Scout leader, or former neighbor can be a stabilizing figure.

"If we're only finding kids a place to put their baggage, to put their clothes, their pictures of former loved ones, if that's all we're doing, I don't think it works," said O'Day. "We have to be able to find a way to make that connection."

Testimony from Fall River Catholic Social Services (CSS) in support of the bill states that homeless youth have not gotten to the point of being chronically homeless, but they will need specific services to prevent them from doing so. They call for emergency beds especially geared for youth.

"The co-mingling of youth with chronically homeless men can be overwhelming and terrifying and the youth can become targets of the older men who present themselves as 'being helpful'" stated CSS.

Testimony from the MCC includes a reference to Pope Benedict's 2005 encyclical "God is Love" and the February statement of Massachusetts Catholic Bishops called "Standing in Solidarity with All." Both references point to helping neighbors in need.

O'Day expects the bill to get a favorable report out of the committee and then possibly be divided into two parts: the allocation of the funds, and the establishment of the commission. Though Catholic groups are not mentioned in the commission at this point, they could be included.

For Kathryn Davis, the bill has a personal resonance. Davis and her husband John, parishioners of St. Joseph's Parish in Attleboro, recently took in a pregnant homeless teenager while another support program was secured for her.

Davis said that the bill should also connect with all people, especially Catholics.

"It's just our calling to help people to spread the Gospels through actions more than words, supporting someone in need, particularly homeless young persons. I think, what Christ would do?" said Davis. 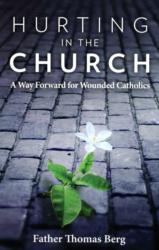