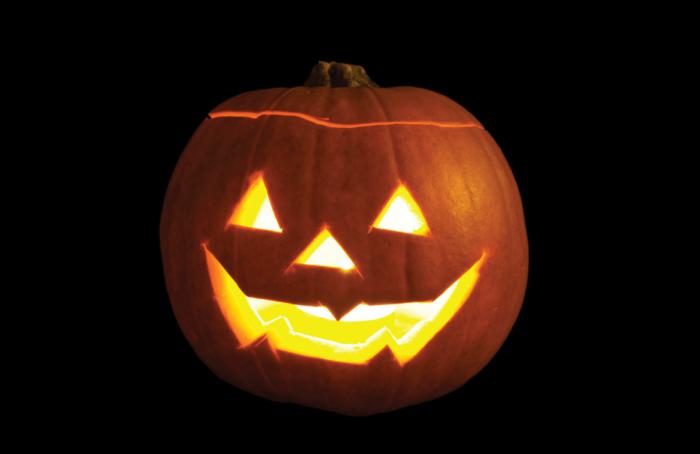 As we near All Hallows Eve, (aka Halloween), Father Steve Grunow, CEO of Word on Fire Catholic Ministries answers some questions about Halloween and its deeply Catholic roots.

Q: I always figured that Halloween had pagan roots, but you are telling me they are Catholic. How so?

A: The origin and traditional customs associated with Halloween require no other explanation than that they are examples of the kinds of festivity that served as a means of celebrating the various holy days of the Catholic liturgical year. This includes everything from masquerades, feasting, and the associations of a given day of the year with supernatural or spiritual truths.

I would draw a distinction between the violent, macabre imagery that characterizes the modern appropriation of Halloween as a kind of secular celebration and the more traditional customs that are characteristic of a Catholic cultural ethos. The descent of Halloween into the madness of an annual fright fest is a relatively recent development, but the true substance of Halloween belongs to the Church. Halloween (or "All Hallows Eve") is the festive precursor to the celebration of the Church's public commemoration of All Saints Day.

I think that the association of Halloween with paganism has much more to do with the Protestant Reformation than anything else. The Protestant reformers were concerned about the practices of medieval Christianity that to them seemed contrary to what they believed the Church should be. They knew that these practices had clear precedents in the history of the Church, but insisted that they represented a corruption of the original form of Christianity that had become degraded over time. The degradation was explained as a regression into cultural forms that the Protestants described as pagan.

Protestantism was and is proposing what its adherents believe to be an alternative to Catholicism. This means that Protestantism will distinguish itself from the forms and styles of religious life that preceded their own culture and that this culture will be presented as a purified form of Christian faith and practice. One argument that is advanced to justify Protestant distinctiveness is that the beliefs and practices of the Catholic Church are pagan.

Placing all this in an American cultural context, the United States set its cultural roots in forms of Protestantism that were keenly aware of the distinction between themselves and a Catholic Europe that they had rejected and whose influence they had hoped to leave behind. Remember, the Puritans left Protestant England for the New World because England wasn't Protestant enough! The Puritans detested the residual forms of Catholicism that they believed remained in the state church of England.

The arrival of Catholic immigrants to the shores of Protestant America was a source of great cultural consternation. The public festivals of the Catholic Faith were characterized as a corrupting and dangerous form of paganism. Halloween with all its carousing and shenanigans was especially problematic, as it represented the incursion of a specifically Catholic cultural form into a public life that was supposed to be Protestant. Everything associated with these Catholic festivities was caricatured as pagan and the association stuck with even the Catholics internalizing the critique and believing that their own customs were holdovers from paganism.

As a result, the distinctly Catholic nature of Halloween became more and more muted and it was Catholics pulling back from their own festival that gave rise to the contemporary version of Halloween. The ghoulish version of the festival that we have today is in many respects a result of Catholic accommodation to a Protestant culture. And in another strange twist in the history of Halloween, most everything that the devout Protestant detests about Halloween have become all the more pronounced as a result of their protests.

Q: What is the relation of Halloween to All Saints/All Souls? Which came first?

A: The practice of a festival day to honor the whole communion of Saints, rather than that just a single saint, seems to happen for the first time in the Catholic Church with the consecration of the Pantheon as a public place for the Church's worship. This happened in the year 609 (or 610) on May 13th. The Pantheon had been originally dedicated for the use of Roman religion as a place where all the gods would be honored. Boniface displaced the images of the gods from their shrines and gave the building over to the Saints of the Church, particularly the martyrs. This was a kind of "in your face" to pagan culture. Boniface was saying that the old gods had been defeated and were defeated by the faith of the Church's martyrs.

How we get from May 13th to November 1st is interesting. The festival of All Saints seems to emerge from the dedication of another Roman church that was consecrated by Pope Gregory III. The church is named St. Peter and all the Saints. It was a subsequent pope, Gregory IV, who extended the annual festival that commemorates this church dedication to the whole Church as All Saints Day. The extension of festivals specific to the Church of Rome is part and parcel of how the Catholic Faith becomes the underlying cultural matrix from which a new kind of European civilization would emerge.

Halloween is the precursor to All Saints Day and as such is kind of like what December 24th is to Christmas Day. Remember, the calendar of the Church is filled with festival days, all of which were once associated with great, public celebrations. A holy day of obligation has not always meant spending 45 minutes in church for Mass and then going back to work. Holy Days were times for a party and if you look at the Church's calendar, past and present, with this ethos in mind you will discover that the reasons for a party happened with great frequency.

Q: I know that there are some Celtic or Germanic elements to the holiday that we've come to embrace as Halloween. Which traditions are Catholic and which are not?

A: The festival is not ethnic or nationalistic. It is Catholic. Certainly there were regional appropriations of the festivals of the Church, and Halloween was no exception, but bottom line these festal days belonged to the Church as a whole which meant pretty much all of Europe. You might have some customs that were specific to regions, but the festival itself is a distinctly Catholic practice.

There are some folks that have come to believe that there is some association of Halloween with a pagan festival called Samhain, but I have come to understand that this association is more coincidental than actual.

In terms of customs that are specific to Catholicism, it is all pretty much derivative from the kinds of stuff that you find in the public festivities of Catholic culture. In this regard Mardi Gras is probably the best point of reference. We think of Mardi Gras and its attendant festivities as specific to one day, but it used to be that that kind of festival environment occurred with great frequency throughout the Church's year. Think of all the customs associated with Halloween as a Mardi Gras before All Saints Day and I think you get a perspective in regards to all the excess and tomfoolery. The party was meant to culminate in solemn worship, after which one returned to the routine of life. Unfortunately, the Church has surrendered the party to the secular culture. It has happened with Halloween. It is happening with Christmas.

Q: What do you think of the trend of parents boycotting Halloween on account of it being "evil"?

A: There is a lot that is unsavory about the contemporary celebration of Halloween. What does the singular focus on violence, horror and death have to say about our culture? The traditional, Catholic Halloween placed these realities within the context of Christ's victory over sin, death and the devil. The current secularized version of the festival has no salvific content and has been loosed from its theological moorings. It looks very much like a festival of death for a culture of death and for that reason I can see why parents might be concerned.

But what is the proper response to a culture of death? To lock the Church behind closed doors or to let her out into the world? I think it is time for Catholics to accept the religious liberties that this culture claims to afford them and go public with their own festivals -- and to do so dramatically and with a great deal of public fervor. What is holding us back? What are we afraid will happen? The reticence and fear that characterizes Catholics is costing the Church its unique culture and it is allowing the culture of death to flourish. Halloween should not be a day when our churches go dark and Christians retreat into the shadows, but when we fill the darkness with Christ's light and go out into the culture, inviting everyone to the prepare for the festival of the Saints with all the joy we can muster.

Q: One of the appealing elements of celebrating Halloween as a child, aside from the candy and costume stuff, is the spookiness factor -- the thrill of being scared without any real risk. From a Catholic perspective, is that important? Is the experience of being fearful or having an awareness of evil an essential element for a Catholic kid to learn?

A: I think that all cultures employ cautionary tales which are replete with supernatural imagery and use this imagery as a means of teaching boundaries and inculcating a sense that there are dangerous people and situations that they could encounter and should be wary of. Further, I think that stories told to a group will have the ability to evoke a shared emotional experience and as such bond the community together. It is not only Christian cultures that will employ a narrative, even a frightening one, to communicate their worldview and impart values.

I do think that Catholics need to learn from an early age to look at the world realistically and without the blurring lenses of sentimentality. The world is fallen and finite. People will hurt one another. We are sinners. But this darkness is illuminated by the light of God's revelation in Christ that makes the deepest truth of what it means to be human available to us in the Incarnation and Paschal Mystery of the Lord Jesus. Yes, look honestly at sin and death. Know about the lure and deceptions of fallen, spiritual powers. Realize that greater than all the fallen powers of heaven and earth is the power of God in Christ, which is a love that is stronger than sin, death and the devil. It is this divine power that is given to the believer in a personal way through Jesus Christ. He is victorious over everything that we are afraid of. His love is stronger than death. The power of his divine life dispels evil. Even as we gaze into the shadows we see his light.

This article originally appeared on the Word on Fire Blog, WordonFire.org under the title "It's Time for Catholics to Embrace Halloween." Excerpts are reprinted here with permission.