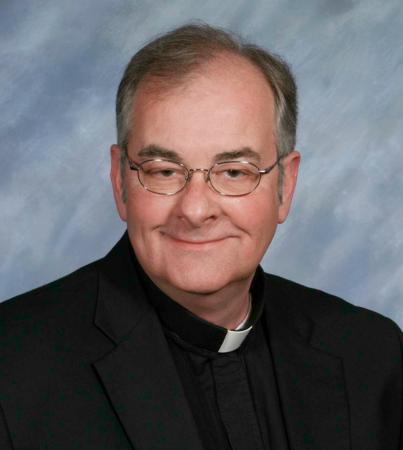 Among the tributes that came with the sad news of the death of Father Vincent P. Doolan on Feb. 25, 2021, at South Shore Hospital, Weymouth, were these: " a man of dedication and faith"; "overwhelmingly kind"; "compassionate"; and "wonderful sense of humor."

Born in Boston on June 22, 1951, the eldest of the children of the late Vincent and Mary (Dowd) Doolan, the family moved to Roslindale and were active at St. John Chrysostom Parish. He was an alumnus of Don Bosco Technical School in Boston, where he met the Salesians. He attended Massachusetts College of Art for two years and entered the seminary, intending to become a Salesian. He eventually found himself at St. John in Brighton as a member of the class of 1980.

Humberto Cardinal Medeiros ordained him to the priesthood on June 14, 1980, at the Cathedral of the Holy Cross and gave him his first assignment as an associate at St. Francis de Sales, Charlestown. In 1981, he moved across the city of Boston to Jamaica Plain as an associate at Our Lady of Lourdes Parish.

In 1989, with a touch of Salesian vocation still in his heart -- they have a special mission and ministry to youth -- he became chaplain at Matignon High School in Cambridge.

Seven years later, he was back in parish ministry, now as parochial vicar at St. Christine Parish, Marshfield.

In March 2002, he was named pastor of St. Joseph Parish in Quincy. As with more than a few parishes, St. Joseph was undergoing population shifts and so parish dynamics also changed. Father Doolan guided the parish through the sadness of its school's closing; but conducted a successful capital campaign to reshape existing facilities to meet new needs and challenges.

After two very happy terms as pastor, he "returned to the ranks" as parochial vicar of the then newly established collaborative of the parishes in Sharon and Walpole. Very quickly there was a readjustment of the plan there and Our Lady of Sorrows Parish was moved from the collaborative, and Father Doolan found himself the administrator of the Sharon parish.

Using all those gifts -- and more -- cited above, he brought the somewhat turbulent situation back to calm. He was from all accounts the right man for the right reason at the right time.

Over the years, he had a number of health issues, and so he moved to residence at St. Mary Parish, Randolph, in 2017. He assisted that parish and then St. Bernadette when it was added as a collaborative parish. It has since been separated from St. Mary and given its own administrator.