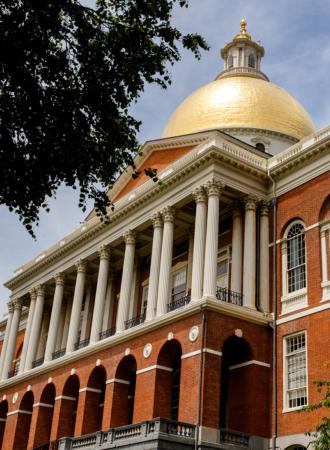 A coalition of Massachusetts pro-life groups is organizing a petition campaign to amend state law to require physicians to attempt to save the life of a baby that survives an abortion. Pilot photo/Gregory L. Tracy

BRAINTREE -- In light of recent changes in Massachusetts abortion legislation, several pro-life organizations are planning to conduct a signature campaign to file an initiative petition for a law protecting infants born alive during abortion procedures.

For years, attorney Thomas Harvey has led the effort to amend the state constitution to end the funding of abortions. But his priorities shifted when, in December 2020, the Massachusetts legislature passed a budget amendment containing several aspects of the ROE Act, an Act to Remove Obstacles and Expand Abortion Access. The amendment significantly deregulated abortion in Massachusetts, including the removal of language to ensure the protection of babies born alive during late-term abortions. Harvey and his organization, the Massachusetts Alliance to Stop Public Funding of Abortion, decided to focus on repealing that change.

In a July 16 interview, Harvey explained that, for many years, Massachusetts law required that life-saving equipment be available in any room where late-term abortions -- that is, beyond 24 weeks gestation -- were performed, and that "all reasonable steps shall be taken to preserve the life of the child" if born alive. The new legislation changed that to more nuanced language, saying that life-supporting equipment should be there to "enable" the physician to take steps to preserve the baby's life.

The key difference, Harvey said, is that the law no longer says "shall," and merely says "enable." Harvey called that language weak, considering the physician would have been, just seconds earlier, trying to ensure that the baby died. In his view, if the mother and physician both intended the abortion to end in the death of the baby, they will not try to save it if it survives the procedure.

"The baby needs the protection of the law, which says 'shall.' So that's what this amendment is," Harvey said.

Massachusetts Citizens for Life (MCFL) is one of several pro-life groups joining Harvey's organization in conducting the signature campaign.

"The ROE Act heartlessly opened the door to infanticide by removing mandatory, life-saving care for babies born alive. The petition drive aims to reinstate the life-saving protection that Massachusetts' tiniest patients deserve as their God-given right to live the life He gave them. Massachusetts Citizens for Life has joined with pro-life allies in this effort to enact a just law that demands life-saving care for every child who is born alive," Patricia Stewart, executive director of MCFL, said in a July 19 email to The Pilot.

Harvey said the petition process will be different from his past signature campaigns, which aimed to end taxpayer funding of abortion in Massachusetts.

"Before, I was trying to use the initiative petition method to amend the state constitution, and there's a certain process to follow, but here we're just trying to either change a law or add a law," he said.

After getting the petition certified by the attorney general, the petitioners would get form blanks for gathering voters' signatures from the secretary of the commonwealth. The signature gathering would then begin on Sept. 15.

The number of signatures required would need to be at least equal to 3 percent of the total votes cast for the office of governor in the last election, with no more than a quarter of the certified signatures coming from any individual county. This means at least 80,239 signatures would need to be collected, with no more than 20,060 from one county. It is recommended that more be collected in case some are illegible or cannot be verified.

If enough signatures were collected, the petition would be filed with local registrars for certification by Nov. 17, and the certified petition would be filed with the secretary of the commonwealth by Dec. 1. The petition would then be put before the legislature, which would have to take action on it by May 3, 2022. Unlike a constitutional amendment, the Senate and the House of Representatives would vote on the measure separately, not in a joint session. If both branches approve the proposal, it would become law.

However, if the legislature takes no action, additional signatures would need to be collected, totaling at least one-half of 1 percent of the votes cast for governor at the last state election -- 13,374 certified signatures, with no more than 3,344 from one county. The proposed law would then be submitted to voters for their approval in the 2022 elections. To pass the law, at least 30 percent of the participating voters would have to vote in the affirmative on the question, and a majority of the ballots cast on that question must also be affirmative.

Besides MCFL and the Alliance to Stop Public Funding of Abortion, other organizations participating in the campaign are Massachusetts Family Institute, the Massachusetts Republican Party, and Renew MA Coalition.

Their goal, Harvey said, is to recruit 2,000 volunteers to gather signatures. He said they currently have over 1,000.

"This time I am pretty certain we will succeed, because it's not just my organization, it's a bunch of others," he said.