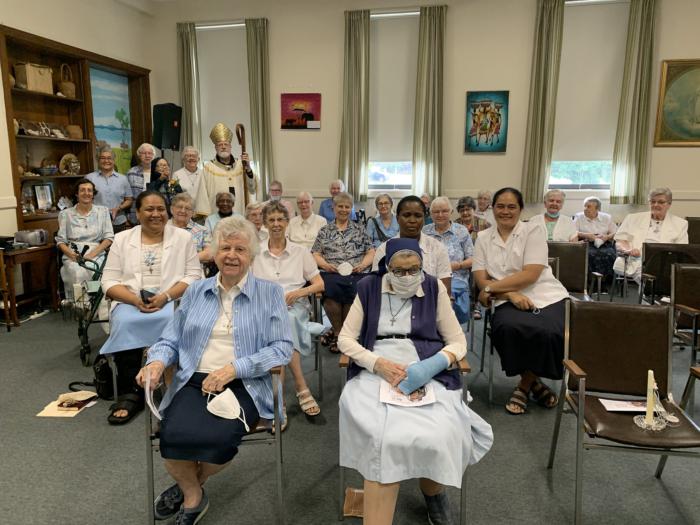 On Saturday, Aug. 7, Cardinal O'Malley visited the Missionary Sisters of the Society of Mary to celebrate the 175th anniversary of the departure of pioneer Marie Francoise Perroton from Lyon, France. Pilot photo/CardinalSeansBlog.org

On Saturday, the Missionary Sisters of the Society of Mary celebrated their 175th anniversary of the departure of pioneer Marie Francoise Perroton from Lyon, France. She worked with Blessed Pauline Jaricot, the foundress of the Propagation of the Faith, and she answered the call to go and work in the islands of the Pacific in a group of 11 French women. That was the beginning of the Marist Missionary Sisters.

I mentioned to the sisters that our archives have letters of Bishop Fenwick, written in beautiful penmanship and elegant French, to Blessed Pauline Jaricot, asking for help for the missionary diocese of Boston from her newly founded Propagation of the Faith.

That period was an interesting time -- in the decades after the French Revolution. When the Diocese of Boston was established 200 years ago, our first bishop was a refugee of the French Revolution. It was a difficult time for the Church, but immediately afterwards, there was a great flourishing of the faith and an energy of evangelization coming out of France. Part of it was the creation of so many different religious orders, and figures like St. John Vianney, the Cure of Ars. It was out of that extraordinary revival of the Catholic faith and spirituality in France that Marie Francoise and the Marist Missionary Sisters emerged.

It was wonderful to be able to celebrate their 175th anniversary as a community. I was blessed to have the Marist Missionaries with me when I was bishop of the West Indies. One of the sisters, Sister Amora, was actually there on Saturday.

She had worked with me when I was bishop of St. Thomas. We also celebrated the 50th anniversary of Sister John Paul Chao, a sister from Taiwan who studied for her doctorate at the Catholic University of America. She is an anthropologist, and she served for many years in Papua New Guinea, where our Capuchin friars are. She was actually in the town of Goroka, which is very famous for the coffee grown there. A number of Sister John Paul's family were able to join us for the Mass in celebration.

On Sunday, I celebrated the Spanish Mass at Holy Family Parish in Dorchester. They have a vibrant Spanish community. Father Shawn and Father Currie concelebrated the Mass.

One of the musicians at Mass was John Barros, who is a very familiar and well-known figure in the community.

For many decades, they have had a homeless shelter there in the lower church. It's part of the wonderful ministry that takes place there.

I was happy to be able to be with them for their Sunday liturgy.

On Wednesday evening, I had dinner with Msgr. Paul McInerny, who is visiting from Rome. He is at home for a summer visit. He has been teaching canon law at the Beda College and he is the canon of the Basilica of St. Mary Major. So, it was wonderful to be able to have him visit us and hear him out firsthand about what is happening at the basilica. 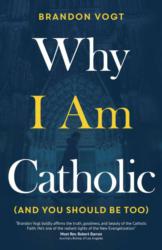