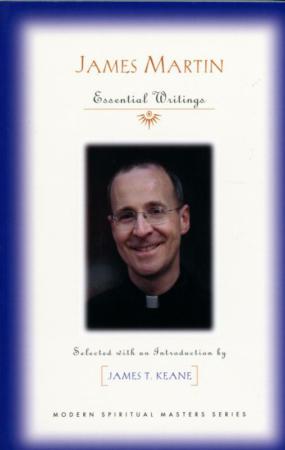 No matter how many of the bestselling books authored by Jesuit Father James Martin you have read, a great deal of what's in this book -- a volume in the publisher's "Modern Spiritual Masters Series" -- is likely to be unfamiliar. While it includes some brief excerpts from his most popular books ("The Jesuit Guide to (Almost) Everything," "Jesus: A Pilgrimage," "A Jesuit Off-Broadway" and "Between Heaven and Mirth"), most of what you'll find here comes from articles by Father Martin that appeared in various periodicals including America (over 200 to date), the Tablet, Huffington Post and Portland, the University of Portland's alumni magazine. James T. Keane does the author's many fans a service, then, by presenting them with material they might otherwise never know about.

Keane gathers this book's 40-some articles into four categories titled: Motions of the Soul: Spirituality and Prayer; God in All Things: The Divine in Daily Life; The Care of Souls: Solidarity with the Suffering and the Wounded; and More by Deeds than by Words: Models of Holiness. Article titles many readers will find particularly appealing are "Reflections on Chronic Illness and Pain, Among Other Things," "Holy Dirt" (about sacramentals), "Six Stupid Things I Never Want to Do Again," "Don't Be a Jerk," "Lourdes Diary," "Why Stay in a Church So Clearly Flawed" and "The Saint of the Sock Drawer" (about St. Jude).

In his introduction, a short biographical essay about Father Martin, editor Keane make a solid case for his comparison of Father Martin to the great 20th-century Trappist monk, author, social critic and poet Thomas Merton. Father Martin most likely dismisses any such comparison. Still, Keane writes: "James Martin, S.J., the Jesuit priest who is perhaps American Catholicism's most prominent public figure, was a lukewarm, nonpracticing Catholic on the fast track to executive riches at General Electric."

While this is certainly true, one may be justified in observing that there are, undoubtedly, many regular Catholics with similar backgrounds who returned to being Catholic or joined the church and did not go on to become priests or nuns, but went on to live their faith in admirable, even heroic ways without becoming well known in the pattern of Fathers Merton and Martin. One may hope for a book, one day, that presents the inspiring stories of just such ordinary Catholics.

All the same, "James Martin: Essential Writings" is a solid, inspiring and informative book. Read up!

Finley is the author of more than 30 books on Catholic themes, including "What Faith is Not" (Sheed & Ward) and a new revised and updated edition of "The Rosary Handbook: A Guide for Newcomers, Old-Timers, and Those In Between" (Word Among Us Press).