Cardinal Seán P. O’Malley, OFM Cap. celebrated a Mass of Thanksgiving for the brothers of the archdiocese who are celebrating anniversaries of entrance or profession in 2009 on Saturday, June 27.

Sincere congratulations and prayerful best wishes were extended to the following brothers.

Brother Bede Benn, CFX entered the Xaverian Brothers in 1939. Brother Benn taught mathematics and science at St. John High School, Worcester from 1944-1956, Malden Catholic, Malden from 1956-1964, and Xaverian Brothers’ High School, Westwood from 1964-1971. In August of 1971 he and three other Xaverian Brothers went to the Rosebud Indian Reservation to teach at the high school at the Jesuit Mission at St. Francis, South Dakota. Rosebud Reservation is part of the Lakota Sioux Nation. Brother Benn taught at the St. Francis Indian School from 1971 to 1982 and then taught adult education from 1982 to 1988. His next assignment was at Sinte Gleska University on the Rosebud Reservation from 1988 to 1993. Retiring from teaching in 1993 he continued to assist at the Mission Museum from 1993 to 2000. Brother Benn then returned to Malden Catholic where he served as a math tutor for six years.

Brother Leonard Haley, SM entered the Marists in 1958 and was professed in 1959.

He was graduated from the University of Detroit and received a Certificate in Pastoral Ministry from Merrimack College. He is a Certified Pastoral Associate in the Archdiocese of Boston. Brother Haley served for many years as a Pastoral Associate in Detroit, Mich. and Methuen, Lawrence, Haverhill and Somerville in the Archdiocese of Boston. Brother Haley also served as a Chaplain at Massachusetts General Hospital. He was also an Administrative Assistant at Notre Dame High School in Harper Woods, Mich. for 11 years. Brother Haley is presently on the staff at Marist House in Framingham.

Cardinal O’Malley emphasized the important witness of the vows of poverty, chastity and obedience for our secular culture.

We give thanks for the vocation of brother: “a man committed to living the Consecrated Life in response to a call from God. Brothers are engaged in a variety of ministries in keeping with the charism of their congregation and model the person of Jesus through the relational manner in which they serve.”

We give thanks for the brothers that have served the Church with fidelity and love. May this year of jubilee be filled with many blessings for them! 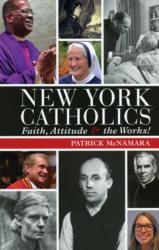