Father Joseph H. Manning, for more than 20 years a chaplain in the United States Air Force and pastor at Brockton’s Our Lady of Lourdes parish from 1991-2005, died in Barnstable on Jan. 24. He had celebrated his 75th birthday on Jan. 11.

Born in Everett he was one of the three children of the late Joseph and Margaret (Howell) Manning. His only brother, William, preceded him in death.

Following seminary studies at St. John’s in Brighton, Father Manning was ordained at Holy Cross Cathedral on Feb. 2, 1961 by Richard Cardinal Cushing. His first assignment was as an assistant at St. Mary Star of the Sea Parish in Beverly. His pastor, Msgr. Francis Shields, was a bit of a legend both in Beverly and among the priests of the archdiocese. He was “demanding.” Father Manning found himself stationed with two contemporaries, Father John D’Arcy, now the bishop emeritus of Fort Wayne-South Bend, Ind. and the recently deceased Msgr. Thomas McDonnell.

In 1962 he was granted permission to serve in the reserve of the chaplain corps of the U.S. Air Force and was assigned as an assistant at St. Monica Parish in Methuen where he served until he was active for full time service in the Air Force.

From 1969 to 1991 when he returned to the archdiocese, he served in Air Force chaplaincy assignments in Ohio, Louisiana, Delaware, North Carolina, Florida, Alaska and locally at Bedford’s Hanscom Air Force Base. He also served overseas in England, Germany and in Johnston Island in the South Pacific.

He was pastor in Brockton for almost 14 years and during that time he was also administrator of Our Lady of Ostrobrama Parish until Dec. 31, 2001 when the parish was suppressed. Additionally he was vicar of the Brockton vicariate in the South Region for two terms (1996-1999 and 1999-2002).

Father Manning was respected by his brother priests and by the people of his parish in Brockton and in the several “parishes” that were his Air Force assignments. 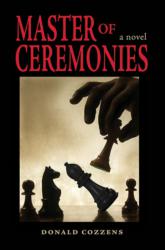