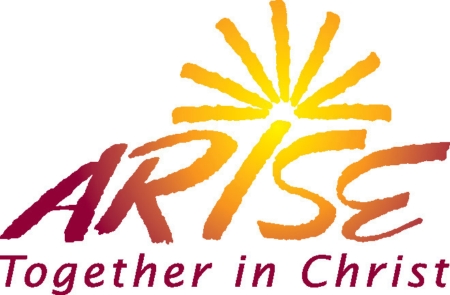 BRAINTREE -- Ready to launch its final season, the ARISE Together in Christ program hopes to build on its previous success in renewing and enlivening parish communities in the Archdiocese of Boston.

"ARISE made us stretch beyond what we would normally think about doing -- going beyond our comfort zone," said Carol Ritter, a member of an ARISE group at St. Julia Parish in Weston.

"ARISE Together in Christ" is a three-year parish-based program that consists of small-group faith sharing and action. It fosters spiritual renewal, deepens participants' commitment to evangelization, encourages participants to develop a closer relationship with Jesus, strengthen ties to their faith-sharing and parish communities, and engage in Christian service to others.

"It really is at the heart of who we are as Catholics -- to live in community and share our faith with one another and more importantly live that faith that is shared," said Mary Ann McLaughlin, co-director of the archdiocese's Office for Worship and Spiritual Life and ARISE program coordinator.

The program spans five seasons, and was implemented in the Archdiocese in 2007. ARISE was developed by Renew International, a New Jersey-based Catholic organization that fosters parish renewal.

Season 5, titled "We are the Good News," is set to begin in October. ARISE's fifth season focuses on evangelization and examines Catholics' roles bringing the faith to "every human situation," ARISE program literature states.

However, ARISE parishes could collaborate with other parishes not participating in ARISE in a mission.

McLaughlin also said ARISE encourages participation in other initiatives of the archdiocese, such as Lenten reconciliation program The Light Is On For You, and the annual Social Justice Convocation.

"Because acting on our faith is so important and this sense of being the Church of Boston is so important for us, ARISE is a program that helps people connect to what is happening in the diocese as a whole," McLaughlin said.

ARISE has spawned a wide array of parish-based activities and parish revitalization around the archdiocese.

Carol Ritter, an ARISE group facilitator at St. Julia Parish in Weston, said her group helped produce and sell a cookbook to benefit Hearth, Inc., a Boston-based non-profit that serves homeless people over 50.

The cookbook, "Food for the Body and Soul," is available for sale at St. Julia's and Hearth's websites.

Catholics from across the archdiocese, many of whom are involved in ARISE themselves, submitted recipes for publication.

On the North Shore, ARISE has helped unite three former parishes that were merged into one in recent years.

Holy Family Parish in Gloucester was formed from a merger of four parishes -- Sacred Heart, St. Ann and St. Peter, all in Gloucester, and St. Joachim in Rockport.

Over 200 people participated in ARISE during the first year at the three-church parish, according to Del Wnorowski, who helped bring ARISE to the area. So far this year, over 150 have signed up.

Wnorowski said that between 50 and 60 people combined from all the churches attend daily Mass.

"Rockportians are finding it's OK to go to Mass in Gloucester," he said. "It's really allowed people to meet people who you never had before."

Wnorowski said ARISE has also spawned social justice efforts such as outreach to a local homeless shelter and food pantry.

"It's really put into practice what ARISE was meant to do -- working together to live the Gospel," Wnorowski said.

ARISE has even stretched beyond parishes.

Linda Colozzi, a chaplain at the Elizabeth Seton nursing home and Marillac retirement residence, both located at Mount St. Vincent in Wellesley and operated by the Sisters of Charity, noted the effects of ARISE since it was implemented there in Lent 2010.

"The residents appreciated having the time to pray together and reflect together," Colozzi said. "It was very nurturing for the communities that gathered."

After this fifth and final season concludes, ARISE is still expected to continue at the parishes.

"Parishes have called saying, what next?' said Cussen. "Small communities have been formed and they want to remain together."

"This is something we're hoping to maintain," she said.