Throughout his recently completed three-year term as president of United States Conference of Catholic Bishops, Cardinal Francis George, OMI, gently but firmly led his brother bishops through a reflection on their duties as defenders of the integrity of the Catholic "brand." A deeper commitment on the bishops' part to being the stewards of Catholic identity in their dioceses was, one may speculate, one factor in the election of Archbishop Timothy Dolan of New York -- a robust defender of Catholic truth -- as Cardinal George's successor in the president's chair at the USCCB. Not everything that is labeled "Catholic" warrants that label, the bishops have come to understand; and if anyone is to do something about that, the bishops are going to have to be the principal agents of change.

The debate about the Catholic identity of Catholic institutions of higher education has been underway for decades, and may well take some interesting turns in the years ahead. At the moment, however, the hottest of hot buttons on this front involve health care institutions that call themselves "Catholic" but which have acquiesced to practices approved by an increasingly aggressive secular culture -- and to the lure of government dollars. On that new front in the campaign to reaffirm Catholic identity, Bishop Thomas Olmsted of Phoenix has become an important leader.

Bishop Olmsted inherited a terrible situation in Phoenix: the previous bishop had been disgraced; the local legal authorities had stated publicly that they could not trust the Church to police its own house in matters of sexual abuse, and proposed to take over that function themselves. Bishop Olmsted didn't squawk, nor did he deny that serious problems existed. Rather, he quietly and decisively set about fixing what needed fixing, so that the public authorities were soon content to revert to a more normal Church/state relationship.

Then, in 2009, a "therapeutic" abortion was performed at Phoenix's St. Joseph's Hospital, a part of the Catholic Healthcare West system. When Bishop Olmsted wrote the president of CHW, asking what on earth was going on, CHW attempted to justify what had happened through arguments advanced by M. Therese Lysaught, who teaches theology at Marquette University. Bishop Olmsted was not impressed, and informed CHW that it was his duty, as the local bishop, to be the authoritative interpreter of the moral law in his diocese and the authoritative interpreter of the hospital guidelines adopted by the USCCB. And the bishop went on to state that, on Dec. 17, 2010 (the day after this is being written), he would declare that St. Joseph's Hospital is no longer to be considered a Catholic institution -- unless CHW admits that the 2009 abortion that happened there violated the U.S. bishops' norms and unless CHW pledges that such an abomination will not happen again.

However the Phoenix/CHW situation eventually sorts out, an important marker has been laid down by a bishop known for both his integrity and his personal sanctity. Bishop Olmsted will undoubtedly be criticized by those for whom "dialogue" is the holy grail of Catholic life. But in our current cultural situation (and given the pressures that the Obama administration and unsympathetic state governments are likely to increase on Catholic health care facilities), the call for "dialogue" too often amounts to a prescription for slow-motion surrender, with the Catholic identity of Catholic institutions being slowly whittled away while the "dialogue" partners carry on.

The Catholic integrity of Catholic educational and health care institutions was at stake when those institutions were segregated in the 1950s and early 1960s; brave bishops like Joseph Ritter in St. Louis, Joseph Rummel in New Orleans, and Lawrence Shehan in Baltimore took a lot of heat, but did what they had to do to bring the conduct of Catholic institutions into sync with the Church's teaching on human dignity. No less ought to be expected of the Church's ordained leaders today, when the stakes are just as high, although the issues have changed. So full marks to Cardinal George for putting the issue of Catholic identity on the bishops' plates, and full marks to Bishop Olmsted for giving that new commitment real teeth. 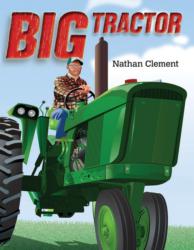