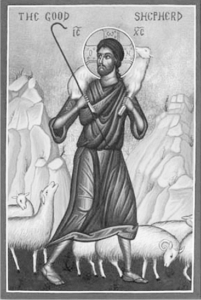 BRAINTREE -- As the nation prepares to mark the 38th anniversary of the Supreme Court's Roe vs. Wade decision, more than half the parishes in the archdiocese are preparing to unite Catholics in prayer to witness to the sacredness of human life.

For the third year, Boston Deacons for Life is sponsoring Holy Hours for Life, which will take place in 177 parishes across the archdiocese Jan. 23. The services include eucharistic adoration, Scripture readings, the Divine Praises, and special prayers developed by the United States Conference of Catholic Bishops.

Services are expected to be held at 3 p.m. or in the evening, depending on the parish.

"It's a wonderful sign of solidarity across the archdiocese in support of life," said Marianne Luthin, who heads the Archdiocese of Boston's pro-life office.

"Deacons for Life made a special commitment to preach on the pro-life ethic," Luthin said.

She said that 30 parishes have agreed to host such services for the first time this year.

"It's encouraging to see more parishes taking it on," Luthin said.

Luthin also said that some parishes are holding Holy Hours for Life immediately before sending pilgrim marchers to the annual March for Life in Washington, D.C.

This year, the march is being held on Monday, Jan. 24.

The Holy Hours for Life began as a way for people who could not attend the annual March for Life in Washington, D.C. to support the marchers, particularly the youth, according to Luthin.

"The young people were really the inspiration for this," she said.

She noted that, in past years, some parishes have drawn crowds of up to 200 people for the Holy Hours for Life.