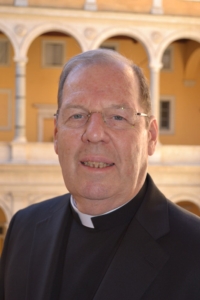 The vicar general of a diocese serves as a close collaborator of the bishop and acts on his behalf, ensuring implementation of his decisions. The moderator of the curia has the prime responsibility of running a diocese's central administration and personnel. In the Archdiocese of Boston, both roles are combined into one position.

A noted canon lawyer, Msgr. Deeley has served at the Congregation of the Doctrine of the Faith at the Vatican since 2004.

Msgr. Deeley was ordained in 1973 and was first assigned as associate pastor at St. Bartholomew parish in Needham, where he served for five years.

He was sent to his present assignment in Rome in September 2004, first on a temporary basis at the request of the U.S. Conference of Catholic Bishops as an external collaborator, and then, at the request of the then-Prefect of the Congregation for the Doctrine of the Faith, Cardinal Joseph Ratzinger, as an official of the congregation.

The cardinal first announced Msgr. Deeley's appointment as vicar general and moderator of the curia to Pastoral Center employees at their June 14 monthly staff meeting.

After outlining Msgr. Deeley's many past accomplishments, the cardinal said, "His service will be a blessing to our Church."

Cardinal O'Malley then expressed his thanks to Father Erikson for his years of service.

"We are very, very grateful. I cannot say enough about his leadership, his priestly spirit, his faith, his kindness, his energy, hard work that he has brought to the position of Moderator of the Curia. We are all very, very indebted to you and very grateful and wish you God's speed, but not until Sept. 1st," he said.

Following a standing ovation from employees, Father Erikson thanked the cardinal and the assembled staff.

"When Cardinal Seán became our bishop he said that he was embracing the task of rebuilding the Church. And we have come so far in the past eight years under Cardinal Seán's leadership. He is an instrument of God's healing for this diocese and I thank you for all of your love and support of him and for your graciousness to me," Father Erikson said.

After concluding his service as vicar general in September, Father Erickson will begin studies in Rome at the Institute for Continuing Theological Education of the Pontifical North American College during a sabbatical period.

He will then return to the archdiocese for reassignment in early 2012.

Still in Rome, Msgr. Deeley could not be reached for comment. However, in a statement released following the announcement, he said, "It is an honor and a privilege to be returning to the archdiocese to assist Cardinal Seán at this important time in the life of the Church.

"With his recent pastoral letter, the cardinal has announced a renewed effort in evangelization. This is a wonderful time to be coming home to serve with our dedicated priests, religious, deacons and lay faithful in this effort of bringing the message of the Gospel to the people of the archdiocese and to assist the cardinal in the continued rebuilding of our beloved archdiocese," Msgr. Deeley continued.

Msgr. William Fay of St. Columbkille Parish in Brighton, a long-time friend of Msgr. Deeley, said the incoming vicar general is well suited to the challenge of ongoing archdiocesan initiatives, such as pastoral planning and changes to the English translation of the Mass.

"Those kinds of challenges bring the very best out of him; he's a man who gets up early in the morning, loves to face what it is that is on the plate before him and does it with great passion, thoughtfulness, and care," said Msgr. Fay. 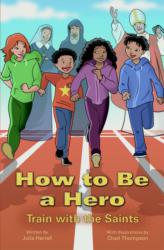