BOSTON -- Once again, euthanasia supporters are attempting to bring physician-assisted death to the Bay State. They hope to have the "Death with Dignity" petition amendment, submitted to the attorney general's office on Aug. 8, on the 2012 ballot.

Opponents of doctors cooperating in the suicide of a patient have readied themselves to fight the measure, which they say endangers the lives of vulnerable people who are ill, disabled or elderly.

"Literally, some people will be signing their own death warrants," Kristian Mineau, president of the Massachusetts Family Institute, said about petition signers.

Mineau said such legislation would turn doctors into executioners.

"It's a further erosion of the sanctity of life in our commonwealth," he added. "You talk about the slippery slope; this is going off the cliff -- morally."

The Massachusetts petition is currently under review by the attorney general's office. If the language is approved, its supporters will have 60 days to collect 68,911 signatures -- three percent of the number of votes cast in the last gubernatorial election. Then, the measure will be vetted by state lawmakers who can back the proposal, offer alternative legislation or permit the petition to be decided at the ballot box. In the last case, backers would need to collect more than 10,000 additional signatures.

The initiative would permit terminally ill Massachusetts residents -- defined as those given six months or less to live -- to obtain lethal drugs. Patients would need to be "capable of making medical decisions" in consultation with their doctor. They would be required to submit their request in writing twice -- 15 days apart. The requests would need to be signed by two witnesses who attest that the patient was not coerced. One witness must not be the patient's blood relative, beneficiary of the estate or attending physician.

The petition's backers maintain that euthanasia is "necessary for the welfare of the commonwealth and its residents."

In an Aug. 8 e-mail to supporters, Massachusetts Citizens for Life (MCFL) called the initiative, "Our worst nightmare!"

"Polls show that, until they are educated, people fall hook, line and sinker for the death rhetoric. When you read their petition, you will see it is like a siren song," said Anne Fox, MCFL's president.

Similar ballot initiatives have been defeated in California in 1988 and 1992, Washington state in 1991, Michigan in 1998 and Maine in 2000. Voters have legalized physician-assisted death in two states -- Oregon in 1994 and Washington in 2008. In Montana, the court system legalized the practice in 2008. There has also been a push to get a euthanasia initiative on Vermont's ballot over the last few years.

"I think we could work together to the issue's advantage," he said.

Final Exit Network paid for a billboard promoting euthanasia in April. Located just outside the Callahan Tunnel in East Boston, the black sign with white letters read, "Irreversible Illness? Unbearable suffering? Die with Dignity." Its message implied that dying with dignity must be done on one's own terms.

Diametrically opposed, the Catholic faith affirms the inherent value and dignity of all people, including those who are suffering and dying.

"Respect for life does not demand that we attempt to prolong life by using medical treatments that are ineffective or unduly burdensome. Nor does it mean we should deprive suffering patients of needed pain medications out of a misplaced or exaggerated fear that they might have the side effect of shortening life," their statement said.

James Driscoll, president of the Massachusetts Catholic Conference, said the four bishops of the state are monitoring the initiative here, adding that they strongly oppose physician-assisted suicide.

"The Massachusetts bishops and the bishops across the country have consistently and firmly spoken out against any attempt to end life in any way other than natural death. Their position is that life is precious and God-given," he said. 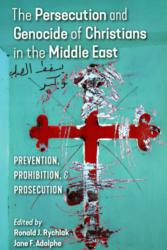