Trina Persad was a happy 10 year old child living with her family in Dorchester. On a warm summer evening in June of 2002, she was killed by a shotgun blast to her face by a gang member, Joseph Cousin, who mistakenly shot her rather than his intended target, a gang rival. The perpetrator obviously did not subscribe to any value system, except one of violence and indifference to life. One might have hoped that the profound failure of values that resulted in this tragedy would be rectified by what followed in our system of justice. Although justice was ultimately served, the process that immediately followed this tragic murder confirms that our legal system needs more than simple rules to hold it together.

The trial of Joseph Cousin for the murder of Trina Persad began as do most criminal trials. Potential jurors were asked to fill out the standard questionnaire that elicits basic information about the prospective juror, including a question that asks for information about any "involvement as a party or a victim in a civil or criminal case: you or any member of your immediate family." The trial began after completion of an extensive examination of the fitness of potential jurors to serve. That pre-trial process took three days and involved examining 200 potential jurors. These potential jurors were asked questions about their attitudes towards police, police investigations, and law enforcement generally. Obviously, this examination of juror fitness was intended to promote some assurance, for the commonwealth and the defendant, that this would be a fair trial.

A jury was chosen and the trial proceeded on charges of murder, possession of a stolen motor vehicle and unlawful possession of a sawed-off shotgun. There were two defendants, Joseph Cousin and an alleged accomplice. Fifteen jurors were chosen, three of whom were alternates. After all the evidence was received and the jury instructed about the law, the jury began deliberations. After nine days of deliberations, the jury returned a verdict of not guilty for the codefendant. Shortly thereafter, the jury reported that they were deadlocked as to the charges against Cousin. Before the trial judge could process this news, the commonwealth reported to the court that five of the jurors had criminal histories that had not been reported or disclosed in their juror questionnaires. The questionnaires are submitted under oath.

One of these jurors had a 17-page criminal record with 53 entries, including larceny convictions. Another had a conviction for assault and battery on a police officer. The third had been repeatedly charged with assault and battery, missed court dates and defaulted on court appearances. Two other jurors had undisclosed records involving charges of shoplifting and arrests. By the time the first three jurors were examined and disqualified for their failure to disclose these histories, the jury was left at 11 members, too few to conclude deliberations. The trial judge declared a mistrial. Not surprisingly, this circumstance drew complaints by the defendant of double jeopardy, contentions that juror civil rights had been violated and that the trial judge should not have declared a mistrial.

The Supreme Judicial Court reviewed all these issues in 2007, five years after Trina's murder, and sent the case back for a new trial. Cousin was again tried, and this time convicted. In October 2009 he was sentenced to life imprisonment.

Amidst all the legal and constitutional issues raised during and about this case, one eternal truth stands out. Our system can become confounded and crippled when our citizens, in this case jurors, fail to adhere to the most basic moral command to tell the truth. No court can adequately save us from this moral deficit. Trina's case and many more like it prove that the process, to be efficient and just, must necessarily rely upon moral integrity of individual citizens. Where does this underlying component of good citizenship come from? Where do jurors and public officials learn that their oaths are the most solemn of commitments? Mainly, such moral principles come from home, through religious education or, less often, discourse in the public square.

Lawyers are trained to accept the "wall" between church and state. This figurative separation results from the many First Amendment cases where our courts have assiduously avoided allowing most religious activity from encroaching on publicly supported activities or spaces. These cases have produced the "wall" analogy; an incomplete description of the many dimensions of the First Amendment, leading to a common misperception that law-making is in tension with religion.

In fact our system is nurtured and reinforced by religious and moral principles. The case of the unfaithful jurors proves what happens to our system when its moral underpinnings give way and it also proves the compatibility of the most enlightened commands of law with the Ten Commandments. However described, the conscientious acceptance of the importance of complying with one's oath has a fundamental moral component. We depend upon the adherence of our citizens to their oaths in public service, in matrimony, or in jury service. While our system may manage circumstance where oaths are not fulfilled, we do so at an enormous social cost.

George Washington's record on established religion may be unclear in many respects, but he understood the critical relationship between enduring moral truth and the workings of justice and democracy: "The propitious smiles of Heaven can never be expected on a nation that disregards the eternal rules or order and right which Heaven itself ordained."

So, the next time we hear criticism about a Catholic leader or legislator speaking out about the moral consequences of a public policy, or being accused of "imposing" personal religious views on others, or vaulting the "wall" between church and state, we would do well to speak up and proclaim that it is precisely such moral principles that inform our law making, assure the integrity of our system of justice and promote the vitality of our democracy.

Attorney John D. Hanify is a member of the Catholic Lawyers Guild of the Archdiocese of Boston. 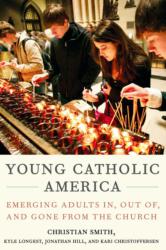