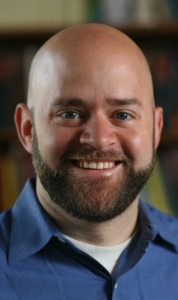 The professor spoke as a guest of The Leadership Forum at the Union Club on Park Street across from the State House on Oct. 16. The group of Boston professionals started hosting events to promote men integrating faith into their professional lives in 2000, taking inspiration from Vatican II, teachings of Pope John Paul II and St. Josemaria Escriva.

Snead served as general counsel for the President George W. Bush's Council on Bioethics from 2003 until 2005, and was the principal author of the council's 2004 report on the regulation of new biotechnologies affecting assisted reproduction, human embryo research and genetics. He specializes in the relationship between bioethics and the law.

In his presentation, he commented on what he sees as the flaws in the proposed law.

Beginning his talk, Snead laid out definitions and terminology to generate a clear understanding of the subject of physician assisted suicide.

Since Oregon, Montana, and Washington, the states that have legalized physician assisted suicide in the United States, do not keep or publish records regarding the practice, Snead used examples from the Netherlands where the "Termination of Life on Request and Assisted Suicide (Review Procedures) Act" passed in 2002, where physicians report to a committee.

"In the Netherlands, active voluntary euthanasia is where a patient requests to be killed by his or her doctor. The doctor then administers lethal injection," Snead said.

He also defined non-voluntary euthanasia as a form of euthanasia administered when a doctor has no evidence of what the patient wants.

"The doctor decides in his or her own judgment that it is in the interest of compassion or social utility to directly kill the patient," he said.

"Even more chilling, and also common in the Netherlands, is involuntary euthanasia where a person expressly says, 'I don't want to be euthanized. I don't want to be killed.' The doctor overrides that judgment and euthanizes the patient anyway, because in his view it is the rational or compassionate thing to do," he said.

"Physician assisted suicide is distinguishable from euthanasia in that in principle the death-dealing act is by the patient, using the prescription drugs that the physician facilitated, and that is illegal in virtually every state in the country," he said.

He said physician assisted suicide became legal via referendum in Oregon and Washington, and by a decision of the state supreme court in Montana.

He pointed to the absence of clear definitions in the case of the Massachusetts ballot question.

He also provided some history of the group currently promoting physician assisted suicide, the Death with Dignity National Center and Dignity 2012, a Massachusetts coalition under the national group. He pointed out that while promoting an agenda similar to eugenics over the years the group, formerly known as the Hemlock Society, changed their name more than once.

"In the contemporary movement, rhetorically, the shift has been from eugenic grounds for euthanasia, mercy-killing and assisted suicide, to autonomy and self-determination. So, this is a rhetorical shift; it is a strategic shift, but you can still see the eugenic rationales in the language and in the arguments of proponents," he said.

He said 97 percent of those who administer life-ending procedures in Oregon are associated with the organization.

Snead said the most common argument he encounters in favor of physician assisted suicide makes an appeal to individual autonomy. A person should be allowed to decide for themselves when they want to die without interference from churches, government or other individuals.

But, he said, the argument for autonomy fails under its own logic, as soon as proponents attempt to define who should and should not be allowed to end their own lives. By definition, legalized physician assisted suicide requires the involvement the government and medical professionals.

"The only way to limit who kills him or herself or how people kill themselves is with an appeal to a paternalistic argument, which is the opposite of autonomy," he said.

The absence of logic in that argument and failure to protect individuals, he said, manifested itself in the Netherlands once distinctions had to be made regarding who could receive life ending treatments. Non-voluntary and involuntary euthanasia resulted.

"In the Netherlands you see this already. Once assisted suicide was legalized, in the name of autonomy and compassion, there was no meaningful way to argue politically for limits on it," he said.

He said arguments in favor of the removal of moral and religious principles from law and the legal process constitute a failure in understanding the nature of law, and pointed to other laws meant to protect human life.

"That is an argument that I think fails to understand, at bottom, what law is. Law is in many respects the imposition, the coercive imposition, of a particular view of the good. That view is arrived at through the political process, but every single law that is on the books, including things like speed limits, are the consequence of long discussion about normative principals. Speed limits are the result of a debate about the value of human life," he said.

He detailed logical arguments against physician assisted suicide based on principles such as the idea of law as directed toward the common good or healthcare providers as stewards in good faith to treat and heal patients.

"Imagine going to a doctor, and thinking, my doctor is not simply here to try to preserve my life or health to the best of his or her ability. My doctor might make a judgment at some point that the best thing for me to do is to kill myself," he said.

He also considered the possible consequences of passage of a law that allows physicians to help patients end their own lives, under the specific points made in the Massachusetts ballot initiative.

He pointed out the absence of oversight mechanisms in the law and the potential for abuse could hurt minorities, the disabled and other marginalized groups.

"In the Massachusetts there is no mechanism for enforcement, investigation, authority, oversight, or data verification. There is nothing like that," he said.