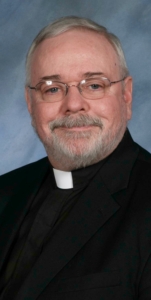 Cardinal O'Malley said, "Msgr. Arthur Coyle has distinguished himself throughout his priesthood with exemplary service to Christ and His Church. His service to the Archdiocese, as a parochial vicar, pastor and member of the Cabinet and now Episcopal Vicar for the Merrimack Region, has consistently been marked by dedication and commitment. His leadership will be of great assistance as the Archdiocese moves forward with Pastoral Planning and the implementation of the New Evangelization. In this Year of Faith, we pray that the Lord continues to bless Msgr. Coyle's ministry and enlivens in all the faithful a new enthusiasm to strengthen the mission of the Church in our parishes."

This honor, the second of three ranks of monsignor within the Church, recognizes Msgr. Coyle's achievements during the course of thirty-five years of ordained ministry. In accord with his new title, at liturgical events Msgr. Coyle will wear a magenta cassock with a purple sash. At non-liturgical events he will wear a black cassock with magenta piping.

Msgr. Coyle said, "I am humbled by this expression of recognition from the Holy Father. His continued love and care for the Archdiocese demonstrates great confidence in the leadership of Cardinal Seán and the priests with whom I serve. I am also grateful to the Cardinal who is our shepherd and for his support in my ministry these past many years. He inspires in each of us the desire to help our people grow closer to God each and every day. We are all called to holiness and it is my continued prayer that we accept the Lord's call to discipleship today and always."

Msgr. Coyle was born on June 9, 1951 in Weymouth, Mass. A graduate of Sacred Heart High School in Weymouth, he earned degrees from St. John Seminary (A.B.), St. John Seminary School of Theology (M.Div.), and Cambridge College (M.Ed.). He was ordained a priest on May 21, 1977 at Cathedral of the Holy Cross, Boston. In July 2008 he was appointed Episcopal Vicar for the Merrimack Region by the cardinal. He previously was Cabinet Secretary for Pastoral and Ministerial Services for the Archdiocese. Among his parish assignments he has served at St. Patrick Parish in Brockton, St. Bridget Parish in Framingham, St. Michael Parish in Avon, St. Peter Parish in Norwood, St. Mary of the Nativity Parish in Scituate, St. Patrick Parish in Lowell. He previously served as Chaplain at Cardinal Spellman High School in Brockton and Director of Campus Ministry at Framingham State University.

He has been a member of the Presbyteral Council (1999-present) and College of Consultors (2007-present) of the Archdiocese of Boston. Msgr. Coyle serves on the Board of Trustees for Cardinal Spellman High School in Brockton and Lowell Catholic High School in Lowell, as well as the Board of Directors for the Missionary Society of St. James the Apostle.

The title of monsignor dates back to the 14th century and is taken from "mon seigneur," French for "my lord." Today, there are generally three grades of papal honors that bear the title "Monsignor" -- the Protonotary Apostolic, the Prelates of Honor to His Holiness, and the Chaplains to His Holiness. Priests who are monsignors of one rank may be elevated from one rank to another at the determination of the Pope.