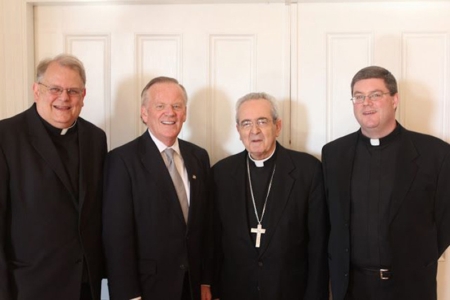 The tournament raises funds to benefit the educational programs for all seminarians studying at St. John's. A portion of the proceeds will also benefit the Reverend Daniel Kennedy Memorial scholarship, named in honor of the St. John's alum who died only a few months after his ordination in 2008.

James Brett, president and chief executive officer of The New England Council, the nation's oldest regional business organization, will be serving with his wife Pattie as honorary chairs of the event.

Online registration is available at www.sjs.edu. Space is limited.