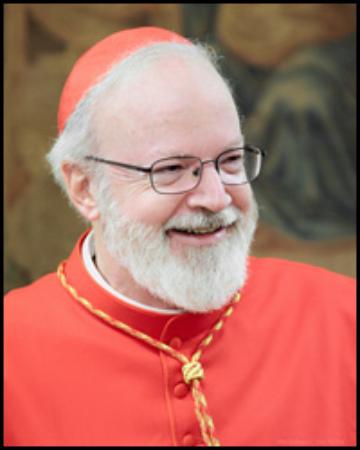 The Vatican Press Office announced March 22 that Pope Francis has instituted the Pontifical Commission for the Protection of Minors, which was announced on Dec. 5, 2013, and called to be a part of it:

Their principal role will be to prepare the Statutes of the Commission, which will define its tasks and competencies. Other members will be added to the Commission in the future, chosen from various geographical areas of the world.

As Blessed John Paul II declared, "People need to know that there is no place in the priesthood and religious life for those who would harm the young…. So much pain, so much sorrow must lead to a holier priesthood, a holier episcopate, and a holier Church" (Address of John Paul II to the Cardinals of the United States, 23 April 2002). In the words of Pope Emeritus Benedict XVI, as we commit ourselves to the safeguarding of minors, we need "to establish the truth of what happened in the past, to take whatever steps are necessary to prevent it from occurring again, to ensure that the principles of justice are fully respected and, above all, to bring healing to the victims and to all those affected by these egregious crimes" (Pope Benedict XVI, Address to the Irish Bishops, 28 October 2006).

Continuing the work undertaken by his predecessors, and having heard the advice of a number of Cardinals, other members of the College of Bishops, and experts in the field, and having duly deliberated, Pope Francis now is forming a Commission for the safeguarding of minors.

Pope Francis has made clear that the Church must hold the protection of minors amongst Her highest priorities. Today, to carry forward this initiative, the Holy Father announces the names of several highly qualified persons who are committed to this issue.

This initial group is now called to work expeditiously to assist in several tasks, including: participating in the deliberations concerning the Commission's final structure; describing the scope of its responsibilities; and developing the names of additional candidates, especially from other continents and countries, who can offer service to the Commission.

Certain that the Church has a critical role to play in this field, and looking to the future without forgetting the past, the Commission will take a multi-pronged approach to promoting youth protection, including: education regarding the exploitation of children; discipline of offenders; civil and canonical duties and responsibilities; and the development of best practices as they have emerged in society at large.

In this way, and with the help of God, this Commission will contribute to the Holy Father's mission of upholding the sacred responsibility of ensuring the safety of young people.