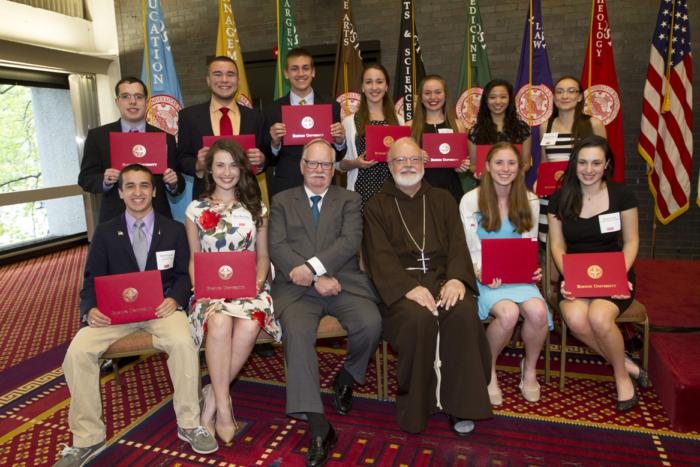 BOSTON -- Boston University awarded 12 students among the graduating seniors of the Catholic high schools in the Archdiocese of Boston four-year, full-tuition scholarships through the Cardinal Medeiros Scholarship Program at a May 20 ceremony at BU's George Sherman Union.

Medeiros Scholars are chosen for their academic achievements, demonstrated leadership skills and contributions to their schools and communities. The scholars were selected by a two-person committee composed of representatives from BU admissions and the Archdiocese of Boston. The scholarships have been awarded every year since 1986 and are named in memory of Cardinal Humberto Medeiros, who served as Archbishop of Boston from 1970 until his death in 1983.

By the time these students graduate, the university will have enrolled a total of 396 scholars, representing a contribution of over $44 million from Boston University to the greater Boston area and the students of the archdiocese.

This year's Medeiros Scholars are: