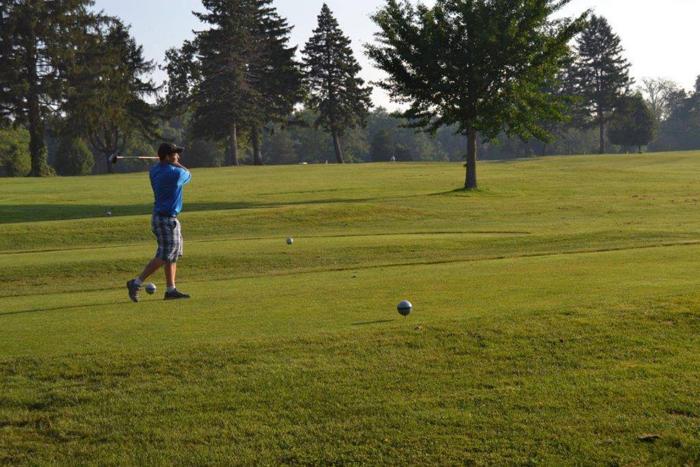 CANTON -- On fairways across Eastern Massachusetts, young golfers are honing their skills to prepare for the 75th Annual Archdiocese of Boston CYO Golf Tournament.

The oldest junior golf competition in New England will be held at Ponkapoag Golf Course in Canton July 21-24.

"This Tournament has a very special place in the hearts of generations of Catholics," said Father Matthew M. Williams, director of the four-day contest.

"Much has changed since the first tournament was played 75 years ago," Father Williams said, "but the transmission of our faith and the efforts of the archdiocese to reach out to her young remain a constant."

From the beginning, the tourney has been open to golfers of all abilities -- from novice to zero handicap.

A treasury of tradition and history has proven the event to be a breeding-ground for golfers of distinction around New England, including among those who teach golf to the next generation.

"Every golf course has a pro, somebody who is an extremely good golfer and has played the game well enough that he has been able to make, quite frankly, a good living as being a pro at a particular golf course," tournament organizer Rick Mattulina said.

"A large portion of the pros in Eastern Massachusetts, and frankly in New England, are guys who have played in our tournament, and part of their growth has come from their participation," Mattulina said.

Cadets as young as age seven have kept pace with their elders as they worked toward becoming the next great golfer, and many a teenager has approached the first tee at Ponkapoag as his or her first competitive event.

Spirited competition and play has highlighted the tourney every year. Bruce DesRosiers in 1952, Fordie Pitts in 1956 and Bobby Kirouac in 1963 all set or tied course records in stroke play.

Each decade has seen at least one hole-in-one from a player.

Ted Cooney of Newton won an astounding 28 consecutive match-play rounds before Pitts came along to end his streak.

Ed Riordan of Milton shot even par for the course the hard way in his medal round in 1965. Ed carded 18 straight pars. Steve Condon of Newton fired a front nine of five under in 1974. Fifth-grader Kenneth Lewis of Dennis shot a 69 in 1993.

Intense one-on-ones have seen match-play rounds extend to nine and 10 holes of sudden death, with always a smile and a handshake at the end.

Mattulina said respect for the rules and the integrity of the game rest at the heart of golf culture.

"Golfers live by the rules. The game demands a personal responsibility, an unusual amount of honesty and self-discipline. It's not unusual at all for a golfer of any age, including the pros, to commit an inadvertent infraction of the rules with no one around, and they will call attention to themselves and insist that the penalty be assessed. It's the kind of message that golf delivers to those who grow with the game, and that's obviously very consistent with the sort of message that the archdiocese wants to instill in these kids as well," he said.

The CYO tourney has been a family affair from the start. The roster of competitors includes a long list of fathers whose sons and grandchildren have played as the years accumulated. Siblings have rivaled one another regularly on the course, including three Kirouac brothers of Sharon in the 1960s, the Seabury triplets of Stoneham in the 1980s, five Folan brothers from Canton and the Herman quadruplets from Newton along with their younger sister in the 1990s.

Unchanging through the years has been good sportsmanship and determination to overcome obstacles.

Ned Yetten of Andover underwent open-heart surgery at age five and reached the Cadet Finals at 13 in 1993. Susan Bushey was the 1984 Muscular Dystrophy Poster Child and competed in 1990 at age 16. And 14-year-old Mark Forrest, a student at the Boston School for the Deaf, won the Boys Cadet title in 1970.

Mike Collibus played the Medal Round in 1970 with a dislocated shoulder. John MacLoughlan had to abandon his broken-down car in 1960 and hitchhike to the course. Then there was Victor Galvani who had to suspend play in the 1999 Boys Intermediate finals because blood from a severe nosebleed kept dripping onto his ball. When the gusher stopped, Mike came back to win the division.

The first CYO tourney was held in 1940 under the direction of the late Msgr. George Dowd. More than 330 young men took to the fairways for the inaugural event.

Over the next decade, the senior field proudly featured GI's and sailors returning from the war in Europe and the Pacific.

In the beginning, competition was limited to boys who were members of the Catholic Youth Organization, but today anyone can play.

Numbers continue to grow through the mid-1960s when the event became ecumenical as director Msgr. Robert McNeill decided to open the field to all young male golfers, regardless of faith or religious affiliation.

Three female groundbreakers challenged the field in 1975. More young women arrived every year and, in 1990, separate divisions were inaugurated with Girls' Senior and Junior flights.

Foscaldo said the $45 fee to play will go right back into funding the tournament and providing value to the players.

"It's not about raising money, it's about involving kids. It's not a fundraiser by any means. A lot of times I will say to people, mention CYO golf and people immediately think it's a charity golf tournament for adults. It's not," he said.

"The golf is important, but why is CYO running a golf tournament? It's not necessarily to become teaching pros, or even on the pro golf tournament circuit, but we want to use it as a vehicle to get them to recognize the Catholic Church as part of their life," Foscaldo said.

He said CYO sports promote the playing of a game as part of a Christian life, living out Catholic values and teachings through recreation.

"We want the kids to know that the Catholic Church cares about them and is interested in the things that they're interested in," Foscaldo said.