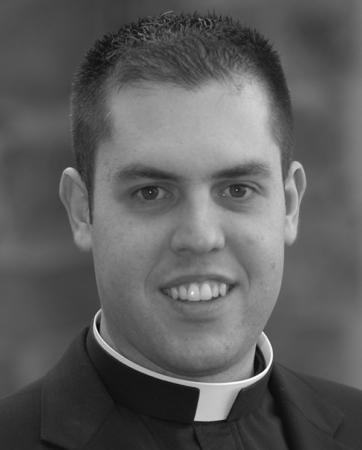 The announcement of the collaborative in Cape Ann, which consists of two Gloucester parishes, but serves that city and neighboring Rockport as well was not a surprise to parishioners. They had been well prepared for it by the previous pastors and assigned priests.

To start off the new collaborative of Holy Family Parish and Our Lady of Good Voyage a Portuguese Personal Parish both in Gloucester, Cardinal O'Malley reached to Cambridge and appointed Father James M. Achadinha.

A native of Cambridge and son of Jorge and Maria (Matos) Achadinha grew up in St. Anthony of Padua Portuguese Parish in Cambridge where he was serving as parochial vicar with Father Walter Carreiro when the cardinal named him to Gloucester.

In part, his choice was urged by his fluency in his ancestral Portuguese which will come in handy in Gloucester that boasts a large and loyal Portuguese community who came initially over a century ago to the fishing city on Cape Ann.

Father Achadinha studied at archdiocesan seminaries and Bishop Richard Lennon, apostolic administrator of the archdiocese at the time, ordained him to the priesthood at Holy Cross Cathedral on May 24, 2003.

His first assignment was as parochial vicar at St. Charles Borromeo, Woburn where he served with Father Timothy Shea. A good starting point for a young priest, the parish has a busy sacramental schedule a parish school and religious education program and other ministries which give a newly ordained priest ready, if busy and multiple, hands on experiences.

Father Carrerio has been delighted with his parochial vicar from that November day. Knowing that the eventual transfer would come, he would not be shy about his reluctance in having "them take Jimmy away from us." Having been a good example and better mentor in forming Jimmy's pastoral experience, Father Carreiro knew that the "inevitable" was in the long-term good for Father Acahadinha and for Gloucester.

Father Achadinha's appointment was effective on June 3, 2014. He'll be enjoying similar expert priestly experience in Gloucester as he had in Cambridge. Father John Kiley, former pastor at St. Ann will be Father Achadinha's parochial vicar, and Father Eugene Alves now a senior priest and former pastor at Our Lady of Good Voyage will be living in the Gloucester area and will be available to assist as he is able and needed.