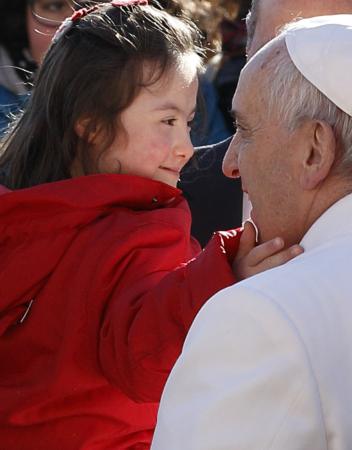 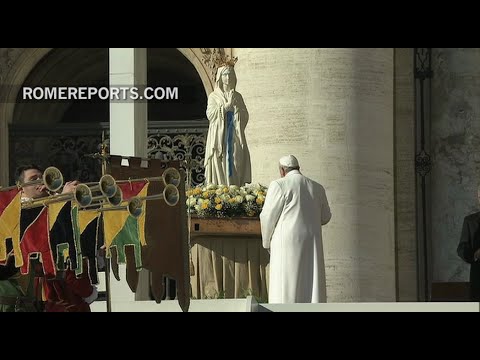 VATICAN CITY (CNS) -- Children are a blessing, not a burden, and are a sign of the confident hope of a couple and of society, Pope Francis said.

"If a family that has been generous in having children is looked upon as a burden, something's wrong," he said Feb. 11 at his weekly general audience.

"The generation of children must be responsible," as Blessed Paul VI wrote in his encyclical "Humanae Vitae," the pope said. "But having more children cannot be looked upon automatically as an irresponsible choice. What is more, not having children is a selfish choice."

Continuing a series of talks about the family, Pope Francis said birthrates are a clear indication of the optimism and hope of a couple and of the society in which they live.

A society that pressures people not to have children, "that considers them a concern, a burden, a risk, is a society that is depressed," he said, pointing particularly to European countries with declining populations because of their low birthrates.

"Life is rejuvenated and energies are increased when life multiplies," he said. "It is enriched, not impoverished!"

"Think about this," he said. "Children are the joy of the family and of society. They aren't a problem of reproductive biology or another way of self-realization. Even less are they a possession of their parents. No! Children are a gift. Understand?

"Children are a gift," he said. "Each one is unique and unrepeatable."

"A child is loved not because he or she is beautiful or has this quality or that one. No," he said, parents love their children because they are their children.

Children, who rightly hope to make the world a better place, must do so without "arrogance" and always with respect for their parents, he said.

The fourth commandment asks children to "honor thy father and mother," he said. "A society of children who do not honor their parents is a society without honor."

He also offered prayers at the audience for more immigrants who died trying to cross the Mediterranean Sea to Italy. At least 29 immigrants died of hypothermia Feb. 9 and another 200 were reported dead Feb. 11 after two boats capsized during the crossing from North Africa.

The text of the pope's audience remarks in English is available online at www.vatican.va/holy_father/francesco/audiences/2015/documents/papa-francesco_20150211_udienza-generale_en.html.

The text of the pope's audience remarks in Spanish is available online at www.vatican.va/holy_father/francesco/audiences/2015/documents/papa-francesco_20150211_udienza-generale_sp.html.