The decree was issued by the cardinal Sept. 3 and went into effect Sept. 10 and spells out the requirements for Catholics in the Archdiocese of Boston to receive the indulgence.

Catholics can gain the plenary indulgence by making a pilgrimage to Cathedral of the Holy Cross in the South End and St. Clement Shrine in Back Bay anytime during the Year of Consecrated Life.

There are also two special occasions during which the faithful can also receive the indulgence.

It is available to those who attend the Archdiocesan Celebration of the Year of Consecrated Life at the Cathedral of the Holy Cross on Nov. 29. Or, if not attending, they can obtain the indulgence by visiting at any church open for public worship in the archdiocese after 2 p.m. in continuation of the celebration that day.

Also, on Oct. 3, the Transitus of St. Francis and on Oct. 4, the Feast of St. Francis, the faithful can receive the indulgence by "worshiping together with Franciscan women and men at their places of worship and/or, where invited, at their residences," the decree states.

While making the pilgrimage or attending a special celebration, those seeking the indulgence must, while at the specially designated site, "Recite publicly the Liturgy of the Hours, or for an appropriate amount of time, dedicate themselves to pious thoughts," the decree said.

After that, one must pray the Our Father, recite the Profession of Faith or Creed, and make "pious invocations" to the Blessed Virgin Mary.

In addition, the usual conditions for obtaining an indulgence apply: one must pray for the intentions of the pope, and make a sacramental confession and receive Communion as soon as possible.

The Catechism of the Catholic Church, sections 1471-1473, defines an indulgence in this way: "An indulgence is a remission before God of the temporal punishment due to sins whose guilt has already been forgiven, which the faithful Christian who is duly disposed gains under certain prescribed conditions through the action of the Church which, as the minister of redemption, dispenses and applies with authority the treasury of the satisfactions of Christ and the saints.

"'An indulgence is partial or plenary according as it removes either part or all of the temporal punishment due to sin.' The faithful can gain indulgences for themselves or apply them to the dead."

It continues, "To understand this doctrine and practice of the Church, it is necessary to understand that sin has a double consequence. Grave sin deprives us of communion with God and therefore makes us incapable of eternal life, the privation of which is called the 'eternal punishment' of sin. On the other hand every sin, even venial, entails an unhealthy attachment to creatures, which must be purified either here on earth, or after death in the state called Purgatory. This purification frees one from what is called the 'temporal punishment' of sin. These two punishments must not be conceived of as a kind of vengeance inflicted by God from without, but as following from the very nature of sin. A conversion which proceeds from a fervent charity can attain the complete purification of the sinner in such a way that no punishment would remain."

Below is the text of the decree.

On November 23, 2014, His Eminence, Mauro Cardinal Piacenza, Major Penitentiary, under the mandate of the Roman Pontiff, and on behalf of the Apostolic Penitentiary, decreed the granting of a Plenary Indulgence for the Year of Consecrated Life to all individual members of Institutes of Consecrated Life, and to the other faithful, truly contrite and moved by the spirit of charity, to be obtained from the First Sunday in Advent, 2014 until February 2, 2016, that can also be applied as suffrage for the souls in Purgatory.

In light of this Decree of the Apostolic Penitentiary, I hereby designate the following places of pilgrimage where this Plenary Indulgence is possible until February 2, 2016:

the Cathedral of the Holy Cross, Boston, Massachusetts; and

and I hereby designate the following days as Archdiocesan days dedicated to consecrated life in which the Plenary Indulgence may be obtained:

on the Transitus of Saint Francis, the evening of October 3, 2015 and the Feast of Saint Francis, October 4, 2015, for all those worshipping together with Franciscan women and men at their places of public worship and/or, where invited, at their residences;

the Archdiocesan Celebration of the Year for Consecrated Life at the Cathedral of the Holy Cross on Sunday, November 29, 2015;

and in continuation of the Archdiocesan Celebration of the Year of Consecrated Life on November 29, 2015, beginning at 2 pm at any and all churches that are open for public worship within the Archdiocese of Boston.

All members of Institutes of Consecrated Life and all Catholics in the Archdiocese of Boston truly contrite and moved by the spirit of charity, who wish to seek this indulgence are to observe the usual conditions:

-- Pray for the intentions of the Supreme Pontiff, the Pope.

In addition, to obtain the indulgence for the Year of Consecrated Life, while at one of the approved places noted above, they are to:

-- Recite publicly the Liturgy of the Hours, or for an appropriate amount of time, dedicate themselves to pious thoughts;

-- Concluding the time of prayer with the Our Father, the Profession of Faith (or Creed) and pious invocations to the Blessed Virgin Mary.

Members of Institutes of Consecrated Life who, due to illness or other grave causes, are prevented from visiting these holy places can equally obtain the Plenary Indulgence if, with complete detachment from any sin and with the intention of accomplishing as soon as possible the three usual conditions, they accomplish a spiritual visit with deep desire and offer the infirmities and pain of their own life to the Merciful God through the Blessed Virgin Mary, with the addition of the prayers as indicated above.

Given at the Pastoral Center of the Archdiocese of Boston in Braintree, Massachusetts this 3rd day of September, 2015. 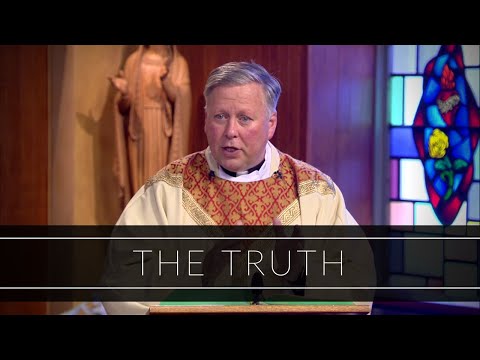