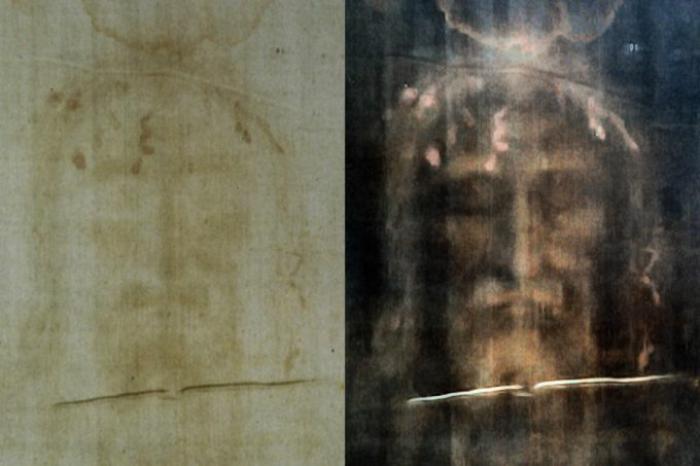 Rome, Italy, Dec 19, 2015 CNA.- The Shroud of Turin has different meanings for many people: some see it as an object of veneration, others a forgery, still others a medieval curiosity. For one Jewish scientist, however, the evidence has led him to see it as a meeting point between science and faith.

“The Shroud challenges (many people's core beliefs) because there's a strong implication that there is something beyond the basic science going on here,” Barrie Schwortz, one of the leading scientific experts on the Shroud of Turin, told CNA.

Admitting that he did not know whether there was something beyond science at play, he added: “That's not what convinced me: it was the science that convinced me.”

The Shroud of Turin is among the most well-known relics believed to be connected with Christ's Passion. Venerated for centuries by Christians as the burial shroud of Jesus, it has been subject to intense scientific study to ascertain its authenticity, and the origins of the image.

The image on the 14 feet long, three-and-a-half feet wide cloth is stained with the postmortem image of a man – front and back – who has been brutally tortured and crucified.

Schwortz, now a retired technical photographer and frequent lecturer on the shroud, was a member of the 1978 Shroud of Turin Research Project which brought prestigious scientists together to examine the ancient artifact.

As a non-practicing Jew at the time, he was hesitant to be part of the team and skeptical as to the shroud's authenticity – presuming it was nothing more than an elaborate painting. Nonetheless, he was intrigued by the scientific questions raised by the image.

Despite his reservations, Schwortz recounts being persuaded to remain on the project by a fellow scientist on the team – a NASA imaging specialist, and a Catholic – who jokingly told him: “You don't think God wouldn't want one of his chosen people on our team?”

And Schwortz soon encountered one of the great mysteries of the image that still entrances its examiners to this day.

For a normal photograph, the result would be a distorted image: with the shroud, however, the natural, 3-D relief of a human form came through. This means “there’s a correlation between image density – lights and darks on the image – and cloth to body distance.”

“The only way that can happen is by some interaction between cloth and body,” he said. “It can’t be projected. It’s not a photograph – photographs don’t have that kind of information, artworks don’t.”

This evidence led him to believe that the image on the shroud was produced in a way that exceeds the capacities even of modern technology.

“There's no way a medieval forger would have had the knowledge to create something like this, and to do so with a method that we can't figure out today – the most image-oriented era of human history.”

“Think about it: in your pocket, you have a camera, and a computer, connected to each other in one little device,” he said.

“The shroud has become one of the most studied artifacts in human history itself, and modern science doesn’t have an explanation for how those chemical and physical properties can be made.”

While the image on the Shroud of Turin was the most convincing evidence for him, he said it was only a fraction of all the scientific data which points to it being real.

“Really, it's an accumulation of thousands of little tiny bits of evidence that, when put together, are overwhelming in favor of its authenticity.”

Despite the evidence, many skeptics question the evidence without having seen the facts. For this reason, Schwortz launched the website www.shroud.com, which serves as a resource for the scientific data on the Shroud.

Nonetheless, he said, there are many who still question the evidence, many believing it is nothing more than an elaborate medieval painting.

“I think the reason skeptics deny the science is, if they accept any of that, their core beliefs have been dramatically challenged, and they would have to go back and reconfigure who they are and what they believe in,” he said. “It’s much easier to reject it out of hand, and not worry about it. That way they don’t have to confront their own beliefs.”

“I think some people would rather ignore it than be challenged.”

Schwortz emphasized that the science points to the Shroud being the burial cloth belonging to a man, buried according to the Jewish tradition after having been crucified in a way consistent with the Gospel. However, he said it is not proof of the resurrection – and this is where faith comes in.

“The Shroud is a test of faith, not a test of science. There comes a point with the Shroud where the science stops, and people have to decide for themselves.”

When it comes to testifying to this meeting point between faith and science, Schwortz is in a unique position: he has never converted to Christianity, but remains a practicing Jew. And this, he says, makes his witness as a scientist all the more credible.

“I think I serve God better this way, in my involvement in the Shroud, by being the last person in the world people would expect to be lecturing on what is, effectively, the ultimate Christian relic.”

“I think God in his infinite wisdom knew better than I did, and he put me there for a reason.”

This article was originally published on CNA Aug. 4, 2015.