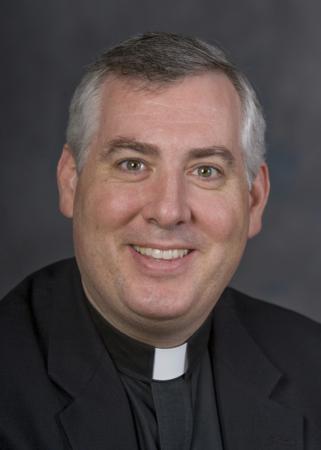 Pope names two auxiliary Bishops for the Archdiocese of Boston

Born in Toronto, Canada of American parents, his family returned to Massachusetts when he was 12 years old. His father, Thomas who passed away in 2013, was a University Librarian first at York University in Toronto and then at Boston College. His mother, Margaret, lives at Bethany Health Center in Framingham.

The youngest of four children, Bishop-elect O'Connell has two brothers (Thomas and John) and a sister (Margaret Mary). His late uncle was a Boston Priest Father David F. Delaney '61 and his aunt is a Dominican Sister , Sr, Jean Delaney, O.P.

Following his ordination in 1990, he served five years at Saint Barbara in Woburn and two years at Saint Mary of the Annunciation in Danvers during which time he was one of the Chaplains at Salem State.

He continued his studies in Rome in Canon Law in 1997 and received his License in Canon Law (JCL) from Universita della Santa Croce 1999 and his Doctorate in Canon Law (JCD) in 2002. From 2001 to 2007 he served as Assistant to the Moderator of the Curia for Canonical Affairs.

He has been Judicial Vicar since 2007 and is on the faculty at both Saint John Seminary and at Pope John XXIII Seminary. The Bishop-elect is Chaplain to the Catholic Lawyers' Guild.