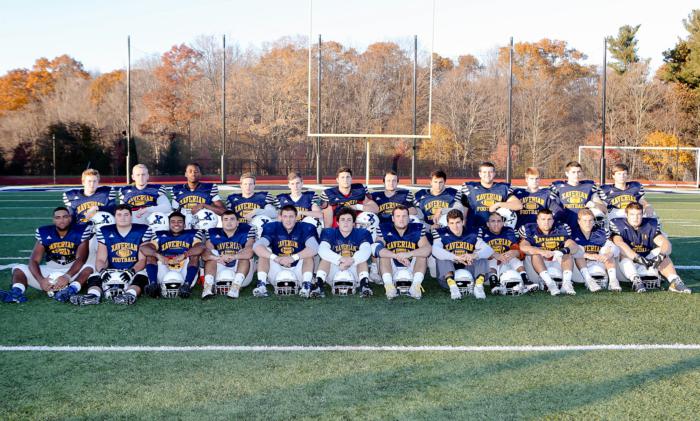 Playing at Framingham State on Thanksgiving eve, the Marian Mustangs ended their season with a 40-20 loss to Maynard (Division 4A champions) but not without putting up a good battle. Marian scored first at the start and then in the fourth, Josh O'Connell rushed for two touchdowns. Marian, led by Harry Lesage (first season), ends at 4-7.

Playing at home in Westwood on Thanksgiving eve before a packed house and the Catholic Conference Title on the line, the Xaverian Hawks won their fourth-in-a-row game with their rival by a score of 7-6. The clash was decided in the first half, Xaverian scoring in the first and Prep in the second. A missed kick for the Eagles could have tied the score and changed the outcome as neither team scored in the second half. Despite the loss, Prep, led by Brian St. Pierre (third season) had a great season, ending at 7-4. Repeating another stellar season, Xaverian won the Division 1/South title on Nov. 11 for the fourth year in a row, but ended the season with a Division 1 Super Bowl loss to Everett on Dec. 3 at Manning Field in Lynn by a score of 21-7. Led by Charlie Stevenson (24th season), Xaverian ends at 10-2.

Visiting their rival in Brockton on Thanksgiving eve for the 36th time, Archbishop Williams had a great game, triumphing with a 14-6 win. The Bishops scored in the first and in the third, having a 14 point lead. Spellman got on the board in the fourth with a one yard touchdown by quarterback Rob Maguire but time ran out of time to tie up the score or take a lead. Led by Bill Kinsherf (21st season) Archbishop Williams end at 5-5. Spellman, led by Ron St. George (ninth season) ends at 4-7.

In year two of this new rivalry, Lynn Tech, playing in Lynn on Thanksgiving eve, had a great game, beating the Austin Prep Cougars 41-26. Lynn Tech ends at 4-7 and evens the series at 1-1. Austin Prep, led by Bill Maradei (38th season) ends at 2-9.

Playing at BC High on Thanksgiving morning, the CM Knights came prepared for battle and departed with a 41-27 win over their rival. The win ended an 11-year losing streak in the rivalry that began in 1961. Putting in a stellar performance for CM was senior quarterback Matt Marcantano, throwing four touchdown passes. CM, led by Denis Golden (second year) had a great season, ending at 7-4. BC High, led by Ron Bartlett (seventh season) ends at 6-4.

Visiting Waltham for the occasion, Malden Catholic ended their season with a 30-13 win over Waltham. One senior having a good time was Kellan Field, rushing for 204 yards in the game. Overall, he scored 15 touchdowns in the season and broke a school career rushing record dating to 1997, finishing with 4,388 yards. Led by Jeff Smith (sixth season), Malden Catholic ends at 4-7. Waltham ends at 6-5.

Playing at home in year two of this new rivalry with their neighbor, Central Catholic had a great win on Thanksgiving morning, beating Lawrence 32-6. The host Raiders scored in every quarter, except the fourth. Central Catholic, led by Chuck Adamopoulos (20th year) had a great season, ending at 8-2. A tough loss to Everett on Nov. 5 in a semi-playoff game by a score of 48-12 ended their attempt to repeat as a finalist in the Division 1 Super Bowl. Last year, Central lost the big game to Xaverian. Lawrence ends the season at 0-11.

Visiting Donaldson Stadium in Peabody in year two of this new rivalry, the St. Mary Spartans had a great game, beating Fenwick 22-13 and clinching the Central Catholic Large Title. Having a great game for St. Mary's was junior Calvin Johnson, making a great touchdown catch in the first and rushing for two in the second and fourth quarter. Despite the Thanksgiving Day loss, the Fenwick Crusaders, led by Dave Woods (19th year) had a good season, ending at 7-4. St. Mary's ended the season with a Div. 3A Super Bowl loss to East Bridgewater by a score of 34-8 at Gillette Stadium on Dec. 3. Led by Matt Durgin (ninth season), St. Mary's ends at 12-1.

Playing at Roberts Field in Dorchester in the first year of this new rivalry, the Cathedral Panthers had a great win, beating TechBoston 46-14. Cathedral was undefeated until a tough loss in a semi-playoff game to Mystic Valley on Nov. 4 by a score of 34-26 ended their hopes of advancing to the Division 4 Super Bowl. Led by Paul Sobolewski in his first year, Cathedral ends at 9-2. TechBoston Academy (previously Dorchester High School) ends at 6-5. 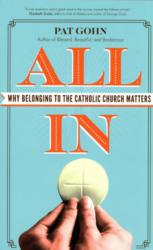