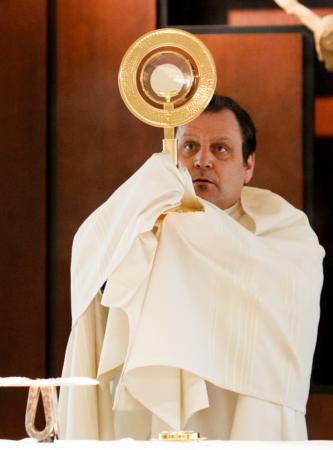 Schedule for 2017 Holy Hours for Life

BRAINTREE -- While not everyone may be able to travel to Washington D.C. for the Jan. 27 March for Life, special holy hours being held next week will give all those in the Archdiocese of Boston a chance to pray in solidarity with pro-life pilgrims and witness to the Gospel of Life.

Sponsored by the Deacons for Life in collaboration with the Office of Diaconal Life and Ministry and the Pro-Life Office, the ninth annual Holy Hour for Life will be held at over 100 parishes throughout the archdiocese.

The holy hours are held each year in conjunction with the Day of Prayer for the Legal Protection of Unborn Children, Jan. 22, which marks the anniversary of the 1973 Roe v. Wade and Doe v. Bolton Supreme Court decisions that eliminated restrictions on abortion in the United States. Most parishes have scheduled their holy hours for dates between Jan. 21-25, however, the full schedule of Holy Hours for Life was printed in the Jan. 13 issue of The Pilot and is available online at TheBostonPilot.com.

With the holy hours, "We're really calling attention to the Gospel of Life and a whole conversion of culture," Deacon Chris Connelly, director of the archdiocese's Permanent Diaconate program, told The Pilot Jan. 12.

Deacon John Burkly also noted that the holy hours provide "a presence in the parish," and allow those who do not attend the March for Life to have "the opportunity to Witness to Life."

Deacon Burkly was an instrumental figure in creating the Holy Hour for Life program, suggesting the idea even before he became a deacon.

One of his motivations for developing the idea, he said, was to be able to pray in solidarity with the hundreds of youth and young adults from the archdiocese that annually attend the March for Life.

"You can see a little glint in their eye when they realize other people are praying with them," he said of the young people.

Deacon Connelly added that through the holy hours, "We can let (the marchers) know we're with them."

The deacons noted that many of the parishes participating in the holy hours, as well as many of the marchers, will have received identical prayer materials, giving marchers and those at home an opportunity to be joined in prayer even though separated by hundreds of miles.

Because the program is sponsored in part by the Deacons for Life, a deacon typically presides at the Holy Hours.

"It's been a powerful witness of vocation for me to be a part of the holy hours," said Deacon Connelly.

Speaking to The Pilot Jan. 13, Marianne Luthin, director of the archdiocese's Pro-Life Office, said that she believes the Holy Hour for Life is "the largest single pro-life event in the Commonwealth of Massachusetts."

"It's very encouraging to know that the Church continues to support and uphold the dignity of human life," she said.