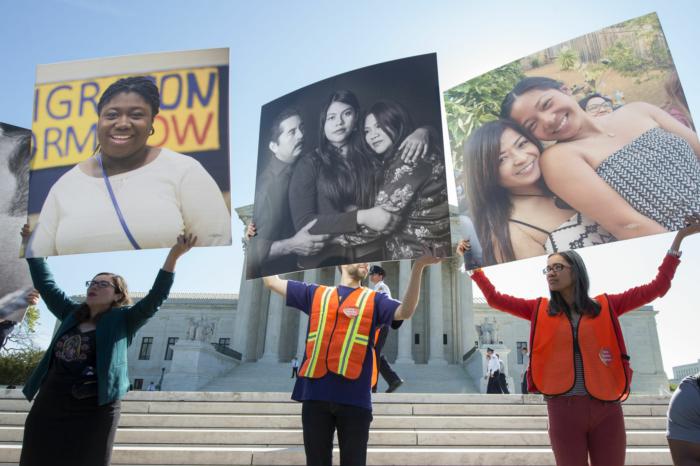 Catholics turn out to support 'dreamers' after DACA rescinded

BRAINTREE -- Cardinal Seán P. O'Malley urged President Donald Trump not to eliminate the Deferred Action for Childhood Arrivals (DACA) program amid reports that the president is considering doing so.

Set into place by the Obama administration in 2012, DACA grants permission for unauthorized immigrants who were brought to the U.S. as children to work and obtain an education in this country. To qualify, they must have entered the country before the age of 16, have resided in it continuously since June of 2007, and have committed no serious offenses and pose no threat to public safety.

About 800,000 immigrants, frequently referred to as "Dreamers," currently benefit from the program.

Numerous reports have suggested President Trump is debating whether or not to end the program, something he originally promised to do while on the campaign trail.

Cardinal O'Malley, in comments made in his Sept. 1 weekly blog post, noted that while the current immigration system is "broken and needs to be fixed," DACA, though not a solution, is an important step in providing stability for those who benefit from the program.

"Having ministered to immigrant communities throughout my life as a priest and a bishop, I know these young people are the very type of immigrant that the President recently said he wants to invite to this country -- those who can hold a job, contribute to our society, obey our laws, and serve our country," he said.

"The young men, young women and children currently protected by DACA are doing just that, striving to be productive members of our society, they only want the opportunity to continue to do so."

According to a statement released by immigrant advocacy group FWD.us and signed by hundreds of business leaders and entrepreneurs representing some of the country's largest organizations including Amazon, Apple, and Facebook, more than 97 percent of Dreamers are in school or in the workforce, 16 percent have purchased their first home, and five percent have started their own business.

If protections were to end and the Dreamers were to be deported, the group estimates that "our economy would lose $460.3 billion from the national GDP and $24.6 billion in Social Security and Medicare tax contributions."

The U.S. is "indeed a great nation," said Cardinal O'Malley, "and I know the contributions made by these young people protected by DACA will help keep it so in the future, so long as they are given the chance."