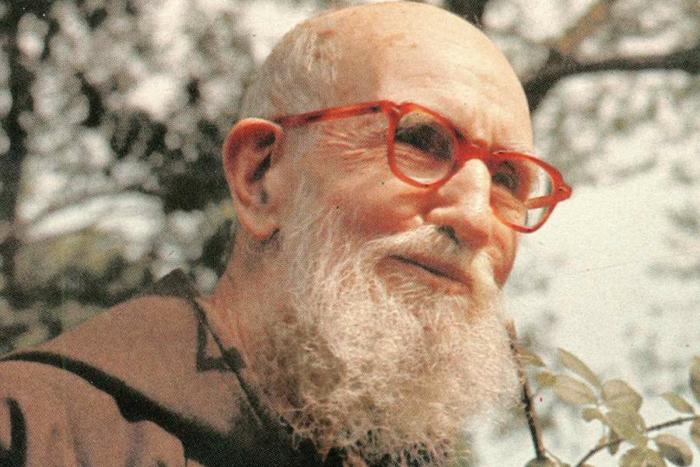 Vatican City, Nov 17, 2017 CNA/EWTN News.- Venerable Solanus Casey, a Capuchin priest from Wisconsin, was humble before all else, said the postulator of his cause for sainthood.

The life of Venerable Solanus Casey is the story of his “humility, his simplicity, as well as his acceptance of whatever life gave him,” Franciscan-Capuchin Fr. Carlo Calloni told CNA Nov. 15.

Fr. Solanus Casey is an American-born Capuchin priest who died in 1957. He will be beatified at a Nov. 18 Mass in Detroit. Known for his great faith, attention to the sick, and ability as a spiritual counselor, he will be the second American-born male to be beatified.

As the general postulator for the Order of Friars Minor-Capuchin, Fr. Calloni is well-versed in the life and virtues of Venerable Solanus Casey, who he told CNA had a gift for listening and for consolation.

“He became the friar at the door of the monastery, who welcomes your spiritual needs but also answers to your physical needs or material difficulties,” he said.

“There was no one, after visiting Solanus Casey at the door of the monastery, who returned with nothing. Everyone received something, spiritual or material.”

The priest’s humility began even in his youth, Fr. Calloni said. Born on Nov. 25, 1870 to a family of Irish immigrants, he work from a young ag at a variety of jobs, including as a lumberjack, prison guard and tram driver.

Around the age of 20, he felt a strong desire to become a priest, entering the seminary at Milwaukee. But he had many difficulties in his studies there, Fr. Calloni explained, “especially to learn German and Latin, the languages in which theology was taught” at the time.

After the seminary encouraged him to enter a religious order, he joined the Capuchin Franciscans in Detroit and after struggling through his studies, was ordained in 1904 a “sacerdos simplex” – a priest who can say Mass, but not publicly preach or hear confessions.

Because he was a “sacerdos simplex” he was given the same jobs as lay brothers of the order; he worked as an assistant to the janitor, the cook, and the tailor. For 21 years he was the porter at St. Bonaventure Monastery in Detroit, assigned to answer the door whenever it rang.

“He accepted performing even these humble services, and in this he fulfilled, as it is said, God’s design for him,” Fr. Calloni said.

Eventually, because of his humility and good counsel, people began to seek out Fr. Solanus for spiritual guidance.

Over the course of his life “he also wrote many letters in reply to the people who asked him for advice.”

Fr. Solanus Casey died from erysipelas, a skin disease, on July 31, 1957, at the age of 87. Since then many people have received favors from his intercession. And on May 4, Pope Francis recognized a miracle attributed to his intercession, paving the way for his beatification.

Calloni said because the miracle is a “delicate” matter, he could only speak of it in general terms, but said it occurred to a Panamanian woman who was invited to visit Detroit by Capuchin Franciscan missionaries.

During her visit, the woman, who had a grave and incurable genetic skin disease, visited and prayed at the tomb of Fr. Solanus. Like many devotees, she wrote a note to place at the tomb, asking for a special grace or favor.

She prayed for a long list of family and friends, but then was moved to ask for something for herself. “And she asked only to have a greater faith. This is all,” Fr. Calloni said. She was completely healed.

“The figure of Solanus Casey is well known in Detroit,” he said. “He is truly in the heart of the city. Precisely because he accepted everyone to his door. He did not refuse anyone: the color of the skin, religion, social condition. He really was a man of great spirituality, of great faith.”