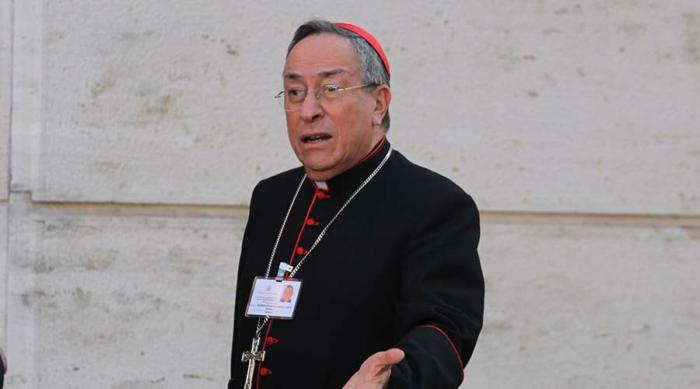 Tegucigalpa, Honduras, Dec 22, 2017 CNA.- Cardinal Oscar Andrés Rodriguez Maradiaga has rejected accusations of financial mismanagement, and offered an explanation for allegations that he has received an excessive salary for a largely ceremonial role at the Catholic University of Honduras.

In an email interview with CNA, Cardinal Maradiaga explained that “a little more than one year ago, we had to fire a manager of the university because he was stealing,” and “shortly after, an anonymous defamatory paper was spread, filled with a series of calumnies of the kind published this week.”

Cardinal Maradiaga was referring to a report by Italian outlet L’Espresso. According to the report, Cardinal Maradiaga received $600,000 from the University of Tegucigalpa in 2015, as a sort of “salary” for being the chancellor of the University. The cardinal was also accused of losing nearly $1.2 million of Church funds through investments in some London financial companies.

The accusations were not new, since the website ConfidencialHn had reported on them in Aug. 2016. Cardinal Maradiaga said that the archdiocese has begun a legal action to defend itself, but this has “had no effect in clarifying the truth.”

Cardinal Maradiaga explained that the Catholic University of Honduras is “owned by archdiocese.” The cardinal stressed that, during his term as archbishop, and chancellor of the university, the college has grown to 11 campuses spread across Honduras.

The cardinal added that “the university is aimed at assisting the pastoral works of the Archdiocese,” and to support that work, he said the archdiocese, not the cardinal personally, received monthly payments that were “more or less” the amount of money described in reports – approximately $41,400 monthly.

This money, he added, was delivered to “pay the seminarians’ tuition, to fund the building and renovations of churches and to provide economic assistance to priests in rural parishes or to priests who have no livelihood.”

Cardinal Maradiaga stressed that “funds are not transferred in my name, but in the name of the archdiocese,” and this can be witnessed by priests. He underscored that “with these funds, we also help a lot of poor people that seek help everyday.”

Fr. Carlos Rubio of the Archdiocese of Tegucigalpa told ACI Prensa, CNA’s Spanish-language news partner, that the Catholic University of Honduras financially supports “all the bishops [of Honduras], not just the cardinal, to help the dioceses. Remember that the university is Catholic and under the auspices of the Church.”

“All the bishops receive support for their dioceses, not for personal use,” Rubio said. The money “is support from the Catholic university for the mission of the diocese.”

Pineda has long been the subject of accusations of financial mismanagement, and rumors that he financially supports a male companion using archdiocesan funds. Some have alleged that he had an apartment built on the campus of the Catholic University of Honduras, in order to house this companion.

A Catholic missionary working in Honduras told ACI Prensa that Pineda’s situation is a source of scandal in the Honduran Church. The bishop “lives with an ‘aide,’ without any explanation by anyone,” the missionary said.

“Bishop Pinedo has bought him a downtown apartment and a car. The car, we fear, comes from the coffers of the university or the diocese. We have reported this unseemly relationship to the Vatican. The pope knows everything,” the missionary added.

Cardinal Maradiaga said that the Archdiocese does not yet know the results of the apostolic visit, but he also asked “how these results eventually got” to L’Espresso. He said that the L’Espresso report “says half truths, that are in the end the worse lies.”

The cardinal denied that the Finance Council of the Archdiocese have ever authorized “any investment” similar to those reported by L’Espresso.

Cardinal Maradiaga concluded: “Why have accusations that were published and dismissed one year ago been published now, only 8 days before I present my resignation to Pope Francis, since I will have reached the age limit of 75?”

In Maradiaga’s view, attacking him is a way to try to jeopardize Pope Francis’ reforms. And he said: “I will keep serving [those reforms] as long as the Holy Father wishes so.”

ACI Prensa, CNA’s Spanish-language news partner, contributed to the reporting for this story.