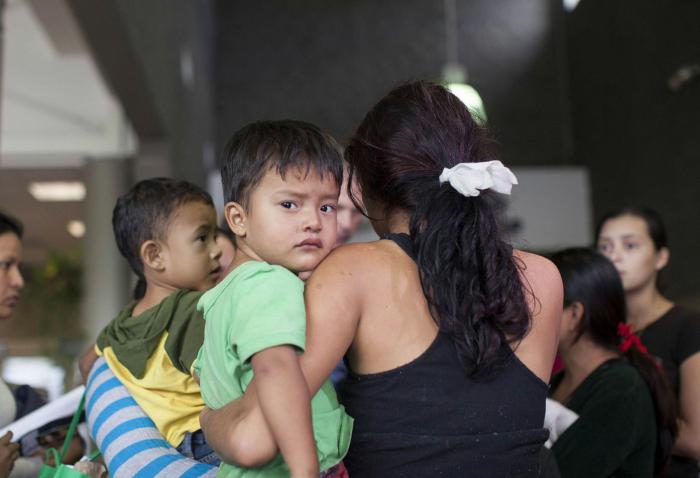 Cardinal Seán P. O'Malley: Do not use children 'as pawns to enforce a hostile immigration policy'

BRAINTREE -- Saying he "cannot be silent," Cardinal Seán P. O'Malley issued a statement June 13 condemning the Trump Administration's policy of separating children from their families at the U.S.-Mexico border, calling the practice "harmful and unjust."

"The United States is now openly before the world using children as pawns to enforce a hostile immigration policy. This strategy is morally unacceptable and denies the clear danger weighing upon those seeking our assistance," he said.

On May 7, Attorney General Jeff Sessions announced a "zero tolerance" policy for immigrants crossing illegally into the United States, resulting in children being separated from their families. The number of minors in U.S. custody has grown by nearly 2,000. By May 29, the U.S. Health and Human Services Department figures put the number at 10,773.

The cardinal began his statement acknowledging that crafting immigration policy requires balancing different national priorities, but said that the lives of those effected must be considered.

"At its core, immigration policy is about people, young and old, alone or in families, often fearful and abandoned. Immigration policy is a moral question that cannot be separated from decisions of what is right and wrong, of justice and injustice. It is about respecting and reverencing the dignity of the human person," he said.

The cardinal noted that the policy of separating children from their families at the border follows earlier administration decisions many see as lacking compassion toward the plight of immigrants. He particularly cited moves to limit the number of asylum seekers entering the country, the ending of Temporary Protected Status for immigrants from a number of countries and the failure to restore the Deferred Action for Childhood Arrivals (DACA) program for young people brought to the U.S. by their parents.

Cardinal O'Malley said, "In the face of today's global immigration crisis these choices fail to communicate a willingness to address the reality of widespread human suffering, and in many cases imminent danger, with compassion and care."

But, he said, "The cumulative effect of these policy decisions has now reached a critical moral juncture: by the order of the U. S. government, individuals with children and families with children who are seeking asylum at the southern border of the United States now have their children separated from their parents."

"This strategy is morally unacceptable and denies the clear danger weighing upon those seeking our assistance," he added.

The cardinal concluded his statement saying that, while he respects political and legal authority, "I cannot be silent when our country's immigration policy destroys families, traumatizes parents, and terrorizes children. The harmful and unjust policy of separating children from their parents must be ended."