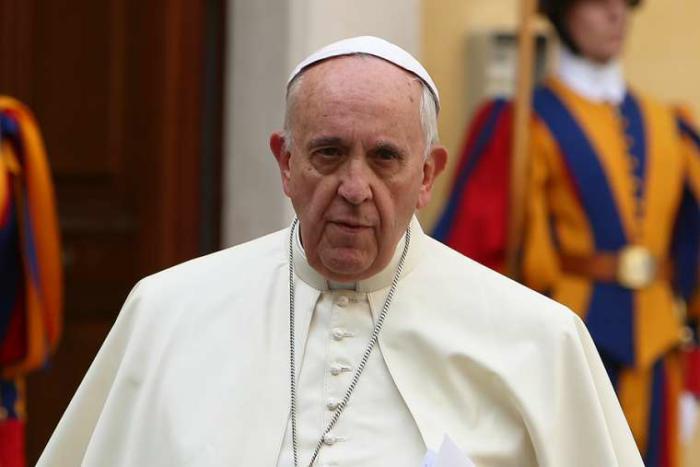 Vatican City, Jun 16, 2018 CNA/EWTN News.- In a speech to a family association Saturday, Pope Francis again stressed that God's vision of the family is between a man and a woman, and compared the abortion of children who are sick or disabled to a Nazi mentality.

“I've heard that it's fashionable, or at least usual, that when in the first few months of pregnancy they do studies to see if the child is healthy or has something, the first offer is: let's send it away,” the pope said June 16, referring to the trend of aborting sick or disabled children.

This, he said, is “the murder of children...to get a peaceful life an innocent [person] is sent away...We do the same as the Nazis to maintain the purity of the race, but with white gloves.”

“It's an atrocity but we do the same thing,” he said, according to Italian media.

Pope Francis spoke to members of the Forum of Family Associations, which is celebrating its 25th anniversary this year.

His words on abortion come just days after his home country of Argentina voted June 14 in favor of a bill that would legalize abortion as early as the first 14 weeks of pregnancy. The comments also come just over a month ahead of his Aug. 25-26 trip to Ireland for the World Meeting of Families, which will feature Jesuit Fr. James Martin as a keynote speaker on how to be welcoming to the LGBT community.

During his speech, Francis tossed his prepared remarks, telling participants that a prepared text “seems a bit cold,” according to Italian newspaper La Stampa.

The pope, the paper reported, said it is “painful” to think that society would accept the killing of children simply because they are sick or disabled, but this is the current mentality.

On the family, he noted that in modern society “one speaks of different types of family,” defining the term in different ways.

Turning to his 2016 post-synodal apostolic exhortation Amoris Laetitia, Pope Francis said that some have reduced the document to “you can, you can't,” referring to the debate surrounding access to the sacraments for the divorced and remarried in the document's eighth chapter.

“They have understood nothing,” he said, explaining that his exhortation “does not hide problems,” but goes beyond mere case studies. To understand the text, he said, one must read chapter four on the spirituality of everyday life, which he said is the “is the core” of the document.

Francis then pointed to the emphasis placed on marriage preparation in Amoris Laetitia, saying the family “is a beautiful adventure and today, I say it with pain, we see that many times we think of starting a family, getting married, as if it were a lottery. We go and if it works, it works, if not we end it and start again.”

What is needed, he said, is “a catechumenate for marriage...men and women are needed who help young people to mature.”

And this begins with small things, such as marriage preparation, he said, adding that “it's important to love each other and receive the sacrament, and then have the party you want.” However, it is never acceptable for “the second to take the place of the most important.”

He also spoke about the importance of educating one's children, but noted that this is not easy for parents, especially in a virtual world, which “they know better than us.”

The pope also pointed to the increasing difficulty for families to spend time with their children, especially in times of social and economic crisis.

“To earn money today one has to have two jobs, the family is not considered,” he said, and encouraged parents to take up this “cross” and the excessive hours of work, while also spending time playing with their children.

“Children are the greatest gift,” he said, even when they are sick. Children, he said, must be “received as they come, as God sends them.”

However, alluding to the growing trend to be “childless by choice,” Francis noted that there are people who simply don't want children, and pointed to a couple who did not want to have kids, but who instead had three dogs and two cats.

Francis closed his speech talking about the need for patience in married life, saying “there are life situations of strong crisis, terrible, and even times of infidelity come.”

“There are many women – but also at times men – who in silence wait, looking the other way, waiting for their husband to return to being faithful.” This, he said, is “the holiness that forgives because it loves.” 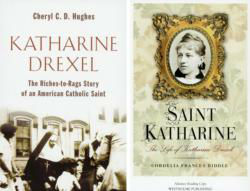