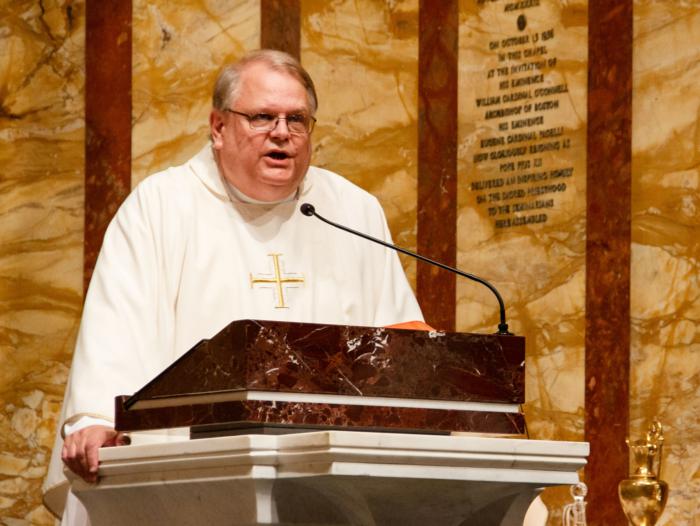 Msgr. Moroney, who is a priest of the Diocese of Worcester, assumed his new assignment as Interim Rector of St. Paul Cathedral and the Worcester Diocese's Office for Divine Worship beginning with the New Year.

He has served as rector of St. John Seminary in Boston for the past six years. In August, after two former seminarians made allegations of improper conduct at the seminary, Cardinal Seán P. O'Malley asked Msgr. Moroney to go on sabbatical leave for the fall semester, "in order that there can be a fully independent inquiry" into the seminary, the cardinal said at the time.

The Diocese of Worcester's statement announcing the new assignment noted that during the monsignor's tenure at St. John's Seminary, enrollment increased, the facilities and faculty were expanded and the seminary established a relationship with the Pontifical University of St. Thomas Aquinas (Angelicum).

In the statement, Msgr. Moroney said that since his ordination almost 40 years ago, "my single goal has been to be of whatever service to the Church I can. I am deeply grateful for my time at St. John Seminary and look forward to serving the people of Worcester in the years to come."

Msgr. Moroney shared a copy of the diocese's announcement on the St. John Seminary rector's blog, along with a final entry thanking his readers and reflecting on his departure.

"I look forward to this assignment with the same eager joy as I have for each new assignment I have received," Msgr. Moroney said in his blog.

"I am sad to leave St. John Seminary, but I will always carry the good men and women there in my heart and in my prayers," he said.

While reiterating that no accusations of misconduct have been made against him, he said that being on sabbatical had given him time to reflect on the situation at St. John.

"I have come to the conclusion that many of the current administrative challenges and complex institutional relationships faced by St. John Seminary demand a fresh approach and a renewed energy. I will pray for my successor and I ask you to give him your unwavering support and every encouragement," Msgr. Moroney said.