BOSTON -- Approximately 200 people braved the rain and sleet on Dec. 31 to ring in the New Year, not with horns and confetti, but in adoration and with a Mass celebrated by Cardinal Seán P. O'Malley.

Cardinal O'Malley was the principal celebrant and homilist at the archdiocese's annual New Year's Eve Vigil and Mass for the Solemnity of Mary, Mother of God, at St. Clement Eucharistic Shrine in Boston's Back Bay.

The Mass, which began at 11:30 p.m. and ran into the New Year, was preceded by a Holy Hour with eucharistic adoration and recitation of the Joyful Mysteries of the rosary. Confession was also available during this time.

In addition to members of young adult groups connected with the shrine, there were many attendees who come to the Mass each year or are involved in pro-life work in their parishes, according to Marianne Luthin, director of the archdiocese's Pro-Life Office.

"I was especially pleased that almost everyone who came stayed for both the Vigil and the Mass. It was a very peaceful and prayerful time," Luthin said in an email to The Pilot.

"Also it was pelting rain when people arrived, so they made a special effort to be there," she added.

In his homily, Cardinal O'Malley spoke of the custom of making New Year resolutions. He said one reason they were gathered there that night was "to once again embrace the mission the Lord has entrusted to us."

The cardinal said that recently he went into a bookstore and found a new edition of a book he read in seminary, "Man's Search for Meaning" by Viktor Frankl, a Jewish psychiatrist and Holocaust survivor from Vienna. Frankl coined the term "logotherapy," the philosophy that human beings' primary motivation is not pleasure but the search for meaning in one's life.

"Frankl argues that we cannot avoid suffering, but we can choose how to cope with it," Cardinal O'Malley said.

He described Frankl's plans to leave his home after the Nazis took over Austria. He said Frankl felt conflicted about leaving his parents behind, though they encouraged him to escape. One day, after he had already obtained a visa, Frankl found a piece of marble his father had salvaged from a synagogue that the Nazis had destroyed. The marble came from a statue of the Ten Commandments, and the salvaged fragment showed the Hebrew letter that stood for the Fifth Commandment, "Honor thy father and thy mother and thy days will be long upon the earth." Frankl considered that a "hint from heaven" and decided to stay with his parents.

In his book, Frankl describes his experiences and observations during his time in Auschwitz. He noticed that prisoners who had meaning in their lives, such as religion or family, fared better than those who had none.

Cardinal O'Malley referred to the day's gospel reading, in which the shepherds visit Mary and the infant Jesus.

"In today's Gospel the shepherds draw near and see the word made flesh in Mary's arms. Let us begin this New Year the same way, adoring the word made flesh. In Christ we discover God's love, which is the meaning of our existence."

In that, he said, we discover our identity, dignity, and mission.

"Our greatest challenge is not to overcome really big sins or crimes in our lives, but to try to shake off the mediocrity that keeps us from loving God with our whole heart, our whole soul, and all of our strength," Cardinal O'Malley said.

He pointed out that, despite the commandment to love one's neighbor as oneself, love is often given conditionally and selectively. Jesus, however, wants to make it simple.

"As we begin this New Year we examine our minds in the light of that great commandment. Today, we want to ask ourselves if we are truly disciples of Jesus."

Cardinal O'Malley pointed to two instances in the New Testament when Jesus says goodbye to his disciples and gives them "marching orders." The first is Holy Thursday, when Jesus gives the Apostles a new commandment, to love each other as he has loved his disciples (John 13:34-35).

"That is the sign to the world that we are his disciples, and it's that sign that will lead others to discover God's love in our midst," Cardinal O'Malley said.

The second instance is Ascension Thursday, when Jesus tells the Apostles to make disciples of all people (Matt. 28:19-20).

"Being a disciple is about sharing the joy of knowing Christ," Cardinal O'Malley said.

He said that the Solemnity of Mary, Mother of God is an occasion to ask for Mary's help in embracing the vocation of being Jesus' disciple.

"Discipleship is a costly grace, but it is our logotherapy, the path to inner peace, to happiness, to salvation. The Word was made flesh; let it be flesh in our hearts," the cardinal said. 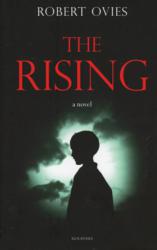 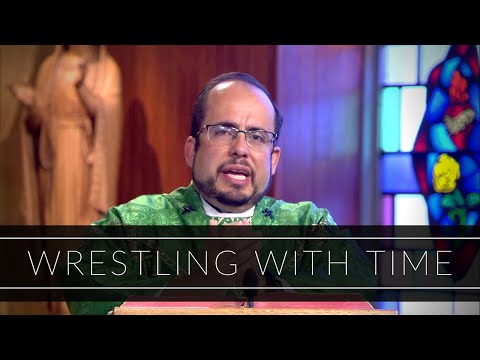