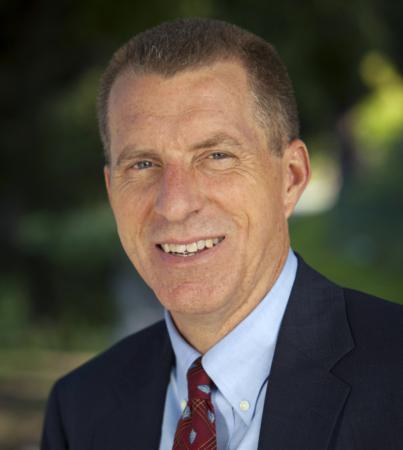 PEABODY -- The Board of Trustees of Bishop Fenwick High School announced March 20 that it has selected Thomas E. Nunan, Jr. to serve as the school's first president, effective July 1.

Nunan brings to Fenwick 34 years of Catholic school experience and leadership, most recently as the founding head of school at St. Joseph Preparatory High School in Boston. There, Nunan was central in creating a vibrant school culture from two existing schools while assembling an exemplary faculty and staff, developing a rigorous and responsive curriculum, and providing opportunities for students' intellectual, personal, moral, and spiritual growth.

Prior to his time at St. Joseph Prep, Nunan spent 27 years at St. Sebastian's School in Needham. There, his roles included chair of the Theology Department; director of the Senior Service Program; director of the New Orleans Service Program; NEASC Self-Study Leader; and was a member of various school committees and projects. Nunan also led and mentored students as their soccer, hockey, lacrosse, and tennis coach.

He received his undergraduate degree in philosophy (Phi Beta Kappa) and M.Ed. in religious education from Boston College. He also completed the Lynch Leadership Academy and the Emmaus Program, both at Boston College.

"Being the school of choice for Catholic, co-ed, college-prep education on the North Shore, I am honored and privileged to lead Fenwick and its extraordinary people into a bright and dynamic future," said Nunan.

Nunan was identified as the new leader after the Fenwick Board commenced a national search to succeed head of school, Brother Thomas Zoppo, FSC.

"While the Fenwick community welcomes Mr. Nunan, we share our profound appreciation for Brother Thomas's outstanding leadership and accomplishments over the last six years. His contributions ensure Fenwick is well-positioned for the future. We are deeply grateful to Brother Thomas," the school said in a statement.

"Known as an inspirational leader with a strong strategic focus, as president, Mr. Nunan will ensure academic excellence at Fenwick and St. Mary's as both schools continue to educate the whole student. He will serve as the primary representative of these institutions to the larger community and ensure the excellence of their missions, cultures, and operations," the school said.

According to the school's website, the appointment is part of a transition to a "president-principal administration model" beginning with the 2019-2020 academic year.

The website explained that under the new model, "Executive functions are aligned around two distinct leadership profiles: the outward-facing entrepreneur and institution-builder (President), and the inward-facing academician and champion of teaching, learning, and best practice (Principal)."

"We are very excited about Fenwick's new chapter, and the many opportunities for achievement we offer our students. We know that with Mr. Nunan's leadership, we are poised to elevate Fenwick and St. Mary's to their next levels of excellence," said Dan Dunn, chair of the Fenwick Board of Trustees.