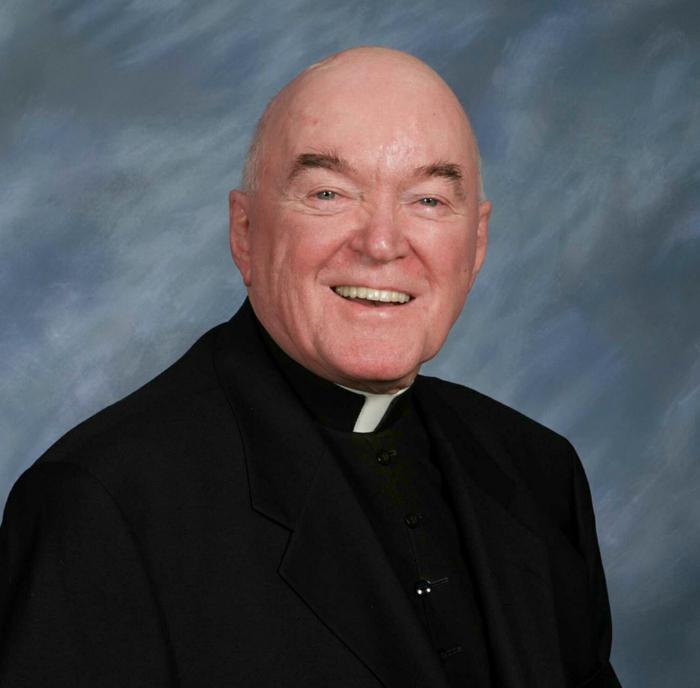 Father John L. Donovan, a senior priest of the archdiocese, died on March 5, 2019 at Marian Manor in South Boston. A Hub native, he was born on May 27, 1927, a son of the late John and Cecelia (Lee) Donovan.

At a time when there were "more vocations to the priesthood" than Boston needed, many young men volunteered to study and serve in other dioceses. Father Donovan picked the nation's capital and was ordained to the priesthood at St. Matthew Cathedral in the federal city on May 1, 1954. Archbishop Patrick A. O'Boyle was the archbishop at the time.

A year after his ordination, he returned to the hub and was assigned as an assistant at St. Francis de Sales in Charlestown; on June 16, 1958, he became a member of the clergy of the archdiocese, when he was incardinated into the archdiocese.

On his retirement in 1995, he lived in Brookline, and in December 1997, he moved to Regina Cleri, Boston, and in June 2012 to Marian Manor in South Boston.

Father Donovan's Funeral Mass was celebrated at St. Brigid, South Boston, on March 11, 2019. Father David Lewis of St. Adelaide, Peabody, was the principal celebrant of the Funeral Mass and Father Kevin H. Dyer, OP was the homilist. Following the Funeral Mass, Father Donovan was buried in St. Joseph Cemetery, West Roxbury. He is survived by his sister, Mary Buccigross of Plymouth.