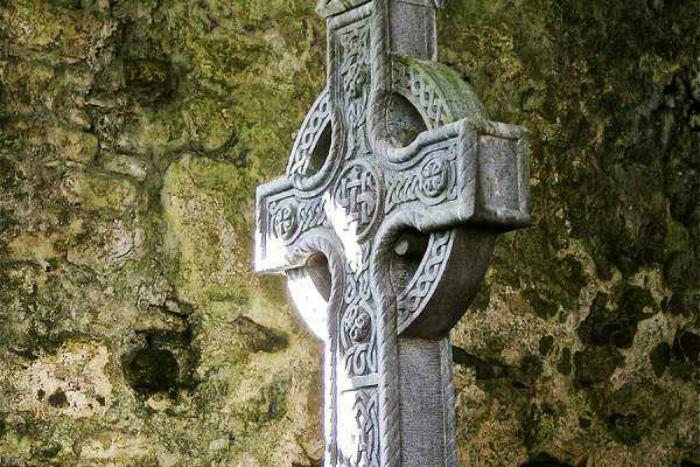 Sacred Heart Church in Ballyclare, about 13 miles north of Belfast, had white paint thrown on it after midnight April 21.

Police arrested a 26 year-old man related to the “criminal damage.” He has cooperated with the police and has been released on bail.

A 35 year-old woman was also warned by the police for assisting an offender.

Noreen McClelland, a local politician of the Social Democratic and Labour Party, lamented the incident, saying, according to The Irish News: “This is an appalling, senseless act, the motive being to cause hurt and distress to the Catholic community of Ballyclare. Easter Sunday is a special date in the Christian calendar and for the congregation to find their church defaced in such a way is totally unacceptable.”

Members from the Democratic Unionist Party also spoke against the vandalism. MP Paul Girvan and assembly members Pam Cameron and Trevor Clarke released a joint statement, noting that these actions did not represent the community as a whole.

"All places of worship should be free from attack and from the fear of attack,” they said, according to The Irish News. “We stand with our neighbours at this time and assure them of our support.”

Religious disputes have long been part of the history of Northern Ireland, which is predominantly Protestant and is part of the United Kingdom, while the majority-Catholic Republic of Ireland gained its independence in 1916.

The region has had ongoing religiously and politically based conflicts, most notably “the Troubles”, which included violent clashes that lasted from the late 1960s until 1998, when the Good Friday Agreement was struck.

Since 1998, there has been only sporadic sectarian violence in Northern Ireland.

In July, St. Mary's church in Limavady was vandalized with sectarian graffiti. Paramilitary slogans from an anti-Catholic group marked a door and some of the walls of the church, and a large crucifix outside of the church was also painted on.

In October 2017, the loyalist paramilitary Ulster Volunteer Force made threats which forced four Catholic families to flee their homes at a social housing project in Belfast.