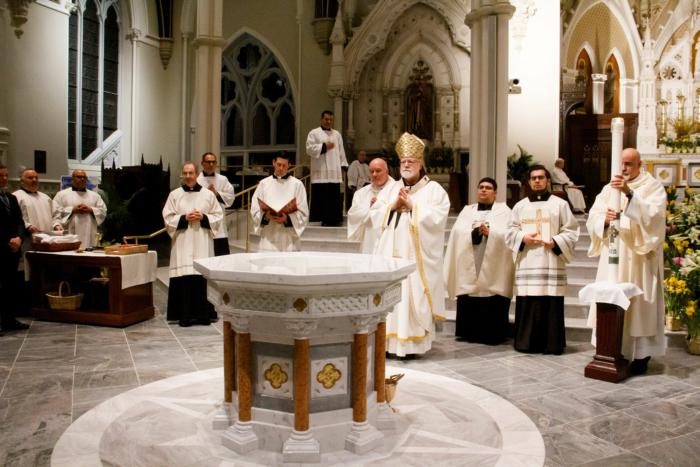 Cardinal O'Malley celebrated the liturgies of the Paschal Triduum, including the Easter Vigil, at the newly renovated Cathedral of the Holy Cross in Boston. Pilot photo/Jacqueline Tetrault

It was such a great joy to celebrate the Easter Triduum in our newly renovated cathedral. At all the liturgies, there were great crowds, anxious to see the new look of the cathedral.

Our celebrations began Holy Thursday with the Mass of the Lord's Supper. On Holy Thursday, we have a bilingual liturgy because we want all the communities to gather to express the unity of the Church.

An important part of the Mass is the Washing of the Feet, or "the Mandatum," to reenact what Jesus did at the Last Supper -- giving us the commandment to love one another as he has loved us.

At the end of the Mass, the Blessed Sacrament is brought to the altar of repose in the chapel, where we have the Eucharistic vigil, which lasts until midnight and concludes with Compline.

The students from Boston University, who were accompanied by Father David Barnes, provided the music for the vigil.

We had hundreds of people coming to visit the repository of the Blessed Sacrament throughout the night.

The chapel was standing room only, and there were even people standing outside for the closing of the vigil. It is always inspiring to see all the young college students gathered with us, many of whom had participated in the Seven Churches Visitation, to follow the old tradition of visiting seven repositories in different churches on Holy Thursday.

On Friday, there were three Stations of the Cross processions that visited the cathedral. The first was the Way of the Cross for Life led by Colbe Mazzarella.

Then, we had the reenactment of the stations by the Hispanic community at the cathedral, which begins on the front steps and continues on through the neighborhood.

Later on in the afternoon, the group from Communion and Liberation concluded their Stations of the Cross at the cathedral, and I gave them a brief reflection.

After that, we began the English service of Good Friday at 3:00 p.m.

We had about 60 or 70 members of the Order of the Holy Sepulchre there to accompany the cross.

This year, I preached on the seven last words of Christ, which I do occasionally. It is a beautiful tradition, which I think is good for us to keep.

In the evening, we had a service with the Spanish community.

We had very good crowds at all of the events. Good Friday is, of course, such a wonderful time for people to return to Church because it is a way for them to reconnect.

Saturday night was, of course, the Easter Vigil.

The vigil is traditionally the time when new Catholics are received into the Church, so we had our first baptisms in our new baptismal font at the cathedral.

In all, we had 16 people received into the Church, about half of whom were baptized. We are so grateful to Sister Ruth, Sister Petra, and Father Pablo for their work in the cathedral's RCIA program, preparing people for the Easter sacraments.

We are also very grateful to our music director, Richard Clark, who has done a wonderful job with the choir that provided music for our Holy Week liturgies.

The following day, we had our Easter Day Masses, which, again, all had quite good crowds. I was especially impressed to see that it was standing room only for the 11:30 a.m. Mass, which would have been about 1,500 people. 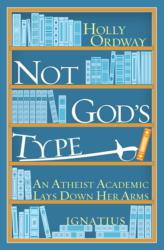