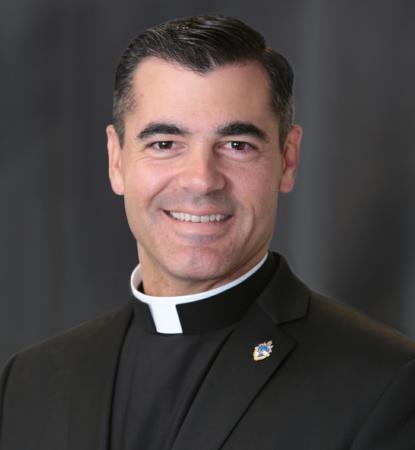 ROME -- When Deacon Christopher Boyle was a student at Boston College High School, his friends nicknamed him "Father Boyle" because he was so active in his parish and open about his faith.

He grew up in Hingham, the fourth of 13 children. His father, Artie Boyle, is the author of "Six Months to Live." In an interview with the Pilot on May 1, Deacon Boyle said that his mother made sure faith was the center of his family's lives.

"I always felt very much like I had a relationship with Christ," Deacon Boyle said.

He said there were "important moments" in his journey to the priesthood. The first took place when he was eight years old. His brother, Joseph, died of SIDS. Several priests came to comfort his parents and siblings.

"In that really, really difficult situation, they brought some peace. It impacted me, even at eight. I remember it today as if it were yesterday," Deacon Boyle said.

After that, he said, he looked at priests and thought, "I could be like them."

"That left an impression on me that didn't go away," Deacon Boyle said.

As he grew up, he became more involved in his parish, Resurrection Parish in Hingham. He trained as an altar server and looked up to the pastor, Father Arthur Calter.

One year, he said, he served on each day of the Easter Triduum. On Easter Sunday, he went to Mass with his family, but when the deacon saw him, the deacon told him to get vested and serve.

In high school, Deacon Boyle was mentored by a Jesuit priest who tutored him in Latin and was his confirmation sponsor. He gave Deacon Boyle a good impression of the priesthood, which made him consider a vocation as a Jesuit priest. But he also dated and thought about living out his faith as a husband and father.

He attended St. Joseph's College in Maine. He majored in communications, but all his electives were theology courses.

"I just had a real interest that never went away, in Christ, the Church, philosophy, theology, things like that," Deacon Boyle said.

He said that although he did not stop going to church, he was less active than he had been before.

For 10 years, Deacon Boyle taught theology and coached football, swimming, and baseball at Catholic Memorial School in West Roxbury. He made adjustments in his life in order to live the way he was telling his students to live.

"In that journey of being closer to Christ, praying more, doing the things that I was encouraging these kids to do, I found myself again," Deacon Boyle said.

When he was about 30, he began thinking seriously about the priesthood again. A "pivotal moment" took place while he was working for the LifeTeen program at St. Mary of the Sacred Heart in Hanover. At Mass one night, at the elevation of the Eucharist, he looked at the host and realized that was what he was supposed to be doing.

Deacon Boyle earned his bachelor's degree in philosophy at St. John's Seminary. He then went to Rome to study theology at the Pontifical North American College. In his time there, he has been involved with two apostolates: giving tours of the Scavi, the excavations of the necropolis beneath St. Peter's Basilica, and serving military families at Aviano Air Base in northern Italy.

He said he looks forward to youth ministry, prison ministry, and celebrating the sacraments.

"To be able to walk with people from the time they're born in baptism until laying them to rest, to be at that kind of moments in people's lives, it's incredibly humbling," Deacon Boyle said.