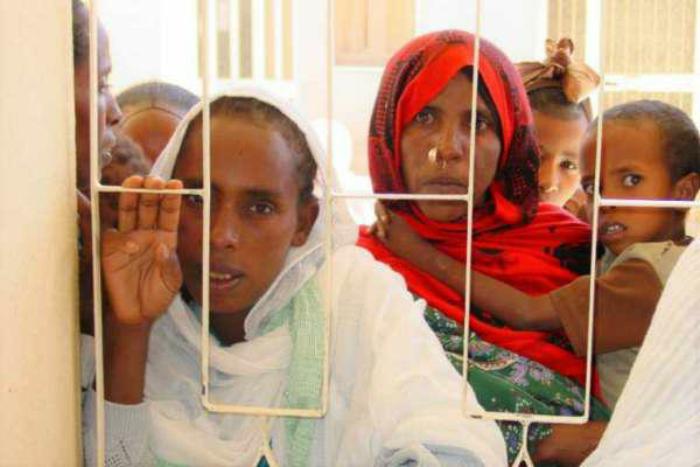 Eritrean Catholics outside Asmara March 2007. Photo credit: Aid to the Church in Need

Asmara, Eritrea, Jul 24, 2019 CNA.- The Eritrean government’s recent closure of all Catholic-run health clinics in the country will have devastating effects for the people of the country, warned the pontifical foundation Aid to the Church in Need.

Sources in the country told the agency that the situation is dire and denounced the international indifference and lack of response.

“They are preventing us from offering what little we could give, in places where no one cares for the population, not even the state,” a source told Aid to the Church in Need, according to Vatican News.

“What will the people do?”

Last month, military forces arrived at the Church's 22 health care clinics, telling patients to return to their homes, and subsequently guarding the buildings.

The government justified its seizures of the property under a 1995 decree restricting social and welfare projects to the state. The decree has been used intermittently since then to seize or close ecclesial services.

According to the BBC, analysts believe the recent seizures were retaliatory, after the Church in April called for reforms to reduce emigration. The bishops had also called for national reconciliation.

When the government interrupts the work of the Church, it is the people who suffer, Aid to the Church in Need said.

The agency argued that government-run hospitals lack the equipment and resources to take over the operations of the closed Church-run facilities, particularly in rural areas, Vatican News reported.

The agency also noted that the Catholic health care centers served people of all faiths. Some 95% of Eritreans are non-Catholic.

The Eritrean bishops have objected to the seizure of the clinics, stressing that the Church’s social services are not an act of opposition to the government.

“Any measure that prevents us from fulfilling … the obligations that come to us from the supreme commandment of brotherly love is and remains a violation of the fundamental right of religious freedom,” the bishops said in a statement.

Eritrea is a one-party state whose human rights record has frequently been deplored. Government seizure of Church property in the country is not new.

In July 2018, an Eritrean Catholic priest helping immigrants and refugees in Italy told EWTN that authorities had recently shut down eight free Catholic-run medical clinics. He said authorities claimed the clinics were unnecessary because of the presence of state clinics.

Christian and Muslim schools have also been closed under the 1995 decree designating the state as sole provider of social services, according to the US Commission on International Religious Freedom's2019 annual report.

Eritrea has been designated a Country of Particular Concern since 2004 for its religious freedom abuses by the US Department of State.

Many Eritreans, especially youth, emigrate due to a military conscription or a lack of opportunities, freedom, education, and health care.

A July 2018 peace agreement between Ethiopia and Eritrea, which ended a conflict over their mutual border, led to an open border which has allowed for easier emigration.