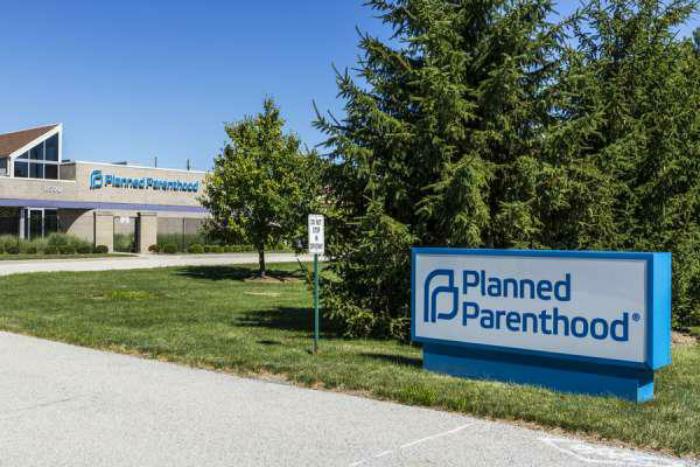 Washington D.C., Aug 27, 2019 CNA.- Planned Parenthood’s decision to forgo tens of millions of dollars per year in Title X grants simply reinforces its commitment to abortion, say those familiar with the organization’s operations.

“I was very familiar with them, spent a lot of time with them over the years,” said Monica Cline, a former Title X training manager in Texas and New Mexico, and a volunteer educator for Planned Parenthood.

“That’s the whole point of their organization - for people to be sexually active and to use the contraception that they provide, and then, of course, to refer for abortions when that contraception fails,” she said.

The withdrawal from the Title X program is “really about, bottom-line, funding their abortion business,” said Jeanneane Maxon, associate scholar at the pro-life Charlotte Lozier Institute. “Because that’s where the big bucks are.”

On August 14, Planned Parenthood announced its decision to leave the Title X family planning grant program unless the U.S. Ninth Circuit Court of Appeals intervened on its behalf. The organization said it was “forced out” of the program by the Trump administration after voluntarily refusing to comply with the administration’s new regulations.

Earlier in 2019, a new rule of the Department of Health and Human Services (HHS) required all Title X grant recipients to not refer for abortions and to not be co-located with abortion clinics. According to HHS, the rule was meant to bring the program more in line with its original principle that the grants not be used for abortions.

Abby Johnson, a former Planned Parenthood “Employee of the Year” and Title X administrator who later founded a ministry to help abortion workers leave the industry, said in an August 21 Facebook post that she was “happy” to see Planned Parenthood leave the program, but emphasized that pro-life groups should not be a part of the Title X program.

“However, this program is honestly junk. It’s a contraceptive management program that is primarily used for undocumented immigrants and for teens and preteens to obtain birth control without their parent’s consent,” Johnson, the founder of the ministry And Then There Were None, said of Title X.

The program began in 1970 as Title X of the Public Health Service Act. It was meant to provide family planning grants to clinics to provide contraceptives and related information to patients, mostly with low incomes.

However, the law stated that grants cannot go to “programs where abortion is a method of family planning.”

Regulations issued in 1988 by the Reagan administration forbade grant recipients from referring for abortions and mandated that Title X service sites not “co-locate” with abortion clinics, maintaining physical separation. However, the Clinton administration changed the rules and required Title X recipients to refer for abortions.

In February of 2019, the Trump administration issued a final rule saying that recipients cannot refer for abortions nor can they be co-located with abortion clinics.

That’s a mischaracterization, Maxon said. “They can still talk about abortion, they just can’t refer for family planning, and counseling has to be non-directive.”

After it backed out of the federal Title X program, Planned Parenthood affiliates in multiple states warned that rates of sexually-transmitted diseases and unintended pregnancies could increase due to fewer women obtaining services at their clinics; the affiliates were either considering or were implementing higher fees for family planning services, including in cases where they once offered the services for free.

However, Maxon clarified, Planned Parenthood already provided these family planning services on an income-based sliding scale, and only in certain cases for free, such as cases where customers reported no income.

With the organization’s annual revenue and assets, “they should easily be able to come up with the amount of money that they’re losing from Title X funding,” Maxon said. Planned Parenthood still bills Medicaid for certain services and, according to its latest annual report for 2017-18, received more than $560 million in government funding.

Their report reveals almost $2 billion in net assets, more $1.6 billion in revenue, and $244.8 million in excess revenue. Title X funding came to, at most, $60 million a year, according to a 2016 GAO report.

Their decision to withdraw from the program reveals where their priorities lie—performing abortions, Maxon said. As the nation’s largest abortion provider, Planned Parenthood performs around 330,000 abortions each year.

They still fully bill women for abortions and emergency contraceptives, and not on an income-based scale as they do for family planning services that fall under Title X, Maxon said. And abortion charges can run from hundreds to thousands of dollars, far more than the cost for birth control.

Over the years, Planned Parenthood’s share in the abortion market has drastically increased.

The organization appeared to further underline its commitment to promoting abortion access during the recent decision to terminate its president Dr. Leana Wen, who was forced out by the board of directors.

Dr. Wen said she wanted to shift organization focus to a message of promoting reproductive health—of which abortion was an “important part” —but she clashed with the board for not focusing enough on political advocacy, particularly for abortion access.

Monica Cline, who dealt with Planned Parenthood affiliates first-hand as she was hired as an instructor on Title X, came to know the lengths staffers would go to promote and protect abortion access.

It was an open secret that “everyone knew” about the abortion referrals, Cline said, including even officials at the Texas Department of Health who were “great supporters of Planned Parenthood.”

However, Title X clinics—that were officially not supposed to perform abortions—would sometimes host abortionists for visits.

“The one on Sixth Street has always been known as the Planned Parenthood that did not provide abortions, and that’s where they just provided the family planning Title X services,” Cline said, but as she drove around town with a Planned Parenthood colleague they would remark “‘oh so-and-so is parked there, they’re doing abortions today.’ So they say it, but it was happening.”

Cline said that other Title X clinics do not push for abortions the way Planned Parenthood did.

“They were very different,” Cline said. “They actually still talked about encouraging these girls, talking about their futures, delaying sex, not getting pregnant, not having all these distractions that these sexual relationships create in them so that they could go to college and do things and think about their future.”

If a new Planned Parenthood employee might think the same way, veteran staff “would quickly put her in her place and let her know that people in this community can’t have hopes for any of that, and it’s just a waste of time for her to speak those kind of things into that community,” Cline said.

“It really is about just making sure that they continue to be lifelong customers and dependents on Planned Parenthood, and getting abortions.”

“Planned Parenthood definitely works on hopelessness, and they allow communities to stay in that hopelessness,” Cline said.