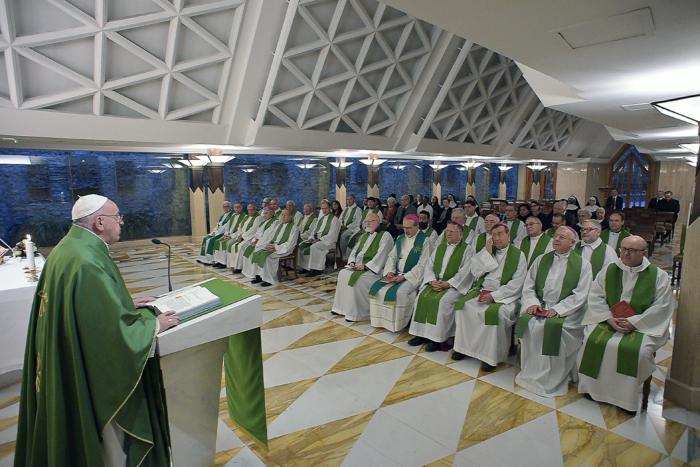 Cardinal O'Malley traveled to Rome, Italy, for the meetings of the Council of Cardinals, which took place from Monday, Feb. 17, to Wednesday, Feb. 19. During his time there, he had the joy of concelebrating Mass with the Holy Father in the chapel of Casa Santa Marta. CNS photo/Vatican Media

The New York Encounter lasts throughout the weekend and includes different talks and exhibits centered on a particular theme, which this year was "Crossing the Divide."

I was asked to give a talk for the opening session of the weekend, in which I spoke a little bit about my experience with Communion and Liberation over the years and the way that many of the themes of CL resonate with Pope Francis' priorities.

Also, since the conference began on St. Valentine's Day, I joked with the people that this year men had an extra option for a Valentine's gift for their beloved -- in addition to chocolate and roses, they could also offer them an evening at the New York Encounter!

We were so pleased to be joined at the Encounter by a number of people from Boston, including Father Michael Zimmerman. We are blessed to have Communion and Liberation present in our archdiocese, including the Priestly Fraternity of St. Charles Borromeo, the group of consecrated laymen Memores Domini and, of course, so many young people and families who are involved in the Communion and Liberation movement and follow the spirituality of Father Luigi Giussani.

At one point, I was able to spend some time with some of those families taking part in activities for young children, which included such things as singing songs and building a bridge out of Popsicle sticks. (It looked a lot like the Zakim Bridge, actually!)

Of course, at the Encounter there are many different booths, tables, and displays. I was especially tickled by this table offering mugs, T-shirts, and so forth, depicting Msgr. Lorenzo Albacete.

Msgr. Albacete, who died a few years ago, was one of my closest friends. I knew him even before he went into the seminary, when he was working as a scientist at NASA. He was ordained a priest for Washington, and I preached at his first Mass.

He was a brilliant man and a very gifted speaker who was often asked to appear as a commentator on television. He was an excellent spokesman for the Church and interpreter of the Church to the secular media. But in addition to all that, he had a terrific sense of humor, and I know he would have approved of these T-shirts and mugs!

Unfortunately, I was unable to stay through the entire New York Encounter because I had to leave for Rome for meetings of the Council of Cardinals. The council met Monday through Wednesday, and we devoted our time during this session to re-reading the text of the new Apostolic Constitution on the Reform of the Roman Curia, as well as incorporating some suggestions that we have recently received. The Holy Father was present with us for all of our meetings, except, of course, on Wednesday when he had to leave us for the General Audience.

Mass with the Holy Father

On Tuesday, we had the joy of concelebrating Mass with the Holy Father in the chapel of Casa Santa Marta.

Also with us for the Mass were members of the bishops' conference for the Middle East, which included the Patriarch of Jerusalem Pierbattista Pizzaballa and the Capuchin Bishop of Dubai, Bishop Paul Hinder. Bishop Hinder told me that Father Abishai Vase, who studied at St. John's Seminary, is now serving in his cathedral. 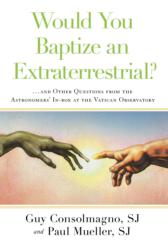