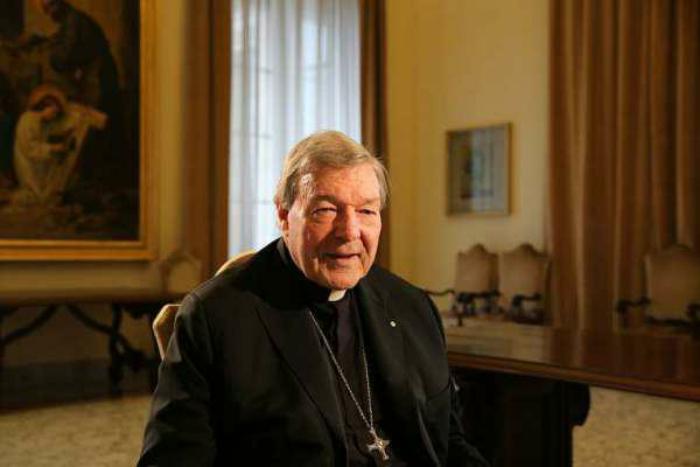 'The only basis for justice is truth' - With conviction overturned, Cardinal Pell speaks

Washington D.C., Apr 6, 2020 CNA.- After an ordeal that began nearly four years ago, and more than 13 months of imprisonment, Cardinal George Pell is expected to be released from prison imminently, after his conviction for five alleged counts of sexual abuse was overturned unanimously Tuesday by Australia’s High Court.

Pell is expected to be released from prison within two hours.

The court ordered that "the appellant's convictions be quashed and judgments of acquittal be entered in their place," in its April 7 decision.

“The High Court found that the jury, acting rationally on the whole of the evidence, ought to have entertained a doubt as to the applicant's guilt with respect to each of the offences for which he was convicted, and ordered that the convictions be quashed and that verdicts of acquittal be entered in their place,” the court said in a judgment summary April 7.

After a March hearing at the High Court in Canberra, which Pell was not permitted to attend, the cardinal will soon be released from HM Prison Barwon, a maximum-security facility southwest of Melbourne. Pell is expected to celebrate with a private Mass of thanksgiving, the first he will celebrate since his incarceration in February 2019.

At issue in the appeal was whether the jury that convicted Pell in December 2018 of sexually abusing two choristers could have plausibly found Pell guilty beyond a reasonable doubt, having heard the case presented by the prosecutors and the defense mounted by Pell’s lawyers.

The High Court found the appellate court that heard Pell’s appeal last year “failed to engage with the question of whether there remained a reasonable possibility that the offending had not taken place, such that there ought to have been a reasonable doubt as to the applicant’s guilt.”

With regard to the jury, “The Court held that, on the assumption that the jury had assessed the complainant's evidence as thoroughly credible and reliable, the evidence of the opportunity witnesses nonetheless required the jury, acting rationally, to have entertained a reasonable doubt as to the applicant's guilt in relation to the offences involved in both alleged incidents,” the judgment summary explained.

The Court’s April 7 summary release added that “The unchallenged evidence of the opportunity witnesses was inconsistent with the complainant's account, and described: (i) the applicant's practice of greeting congregants on or near the Cathedral steps after Sunday solemn Mass; (ii) the established and historical Catholic church practice that required that the applicant, as an archbishop, always be accompanied when robed in the Cathedral; and (iii) the continuous traffic in and out of the priests' sacristy for ten to 15 minutes after the conclusion of the procession that ended Sunday solemn Mass.”

In their appeal, Pell’s attorney argued that the conviction should have been overturned because it was based upon uncorroborated testimony of only one complainant.

That complainant said that he and another choir boy were sexually abused by Pell after Sunday Mass while the cardinal was Archbishop of Melbourne in 1996 and 1997.

According to the complainant, Pell exposed himself and forced the two teenage choir boys to commit sex acts upon him, while the cardinal was fully vested in his Sunday Mass garb, almost immediately after Mass in the priests’ sacristy at St. Patrick’s Cathedral in 1996. The complainant also said that Pell fondled him in a corridor in 1997.

"The assumption that a group of choristers, including adults, might have been so preoccupied with making their way to the robing room as to fail to notice the extraordinary sight of the Archbishop of Melbourne dressed 'in his full regalia' advancing through the procession and pinning a 13 year old boy to the wall, is a large one," the High Court said in its decision.

The other apparent victim died in 2014, and was unable to testify in the proceedings. In 2001 he denied to his mother that any abuse occurred while he was a member of the choir.

Pell was convicted in 2018, in the second trial concerning the allegations. The first trial ended in a hung jury.

After the conviction, the cardinal was sentenced to six years in prison, of which he had been required to serve at least three years and eight months before being eligible to apply for parole. Pell was to be eligible for release in October 2022.

Pell, 78, has maintained his innocence. His defence has insisted that the alleged crimes would have been, under the circumstances, “simply impossible.”

The conviction has divided opinion in Australia and internationally. The cardinal’s defenders have contended that the sacristy abuse allegations are not possible given the high traffic after Mass and the obstructing nature of the Mass vestments.

The cardinal has been incarcerated in HM Prison Barwon, a maximum-security prison southwest of Melbourne that holds some notorious crime bosses.

The cardinal is now expected to face a canonical proceeding in Rome, overseen by the Vatican’s Congregation for the Doctrine of the Faith.

Shortly after the High Court announced its decision Archbishop Mark Coleridge of Brisbane released a statement on behalf of the Australian bishops' confernece saying that the news"will be welcomed by many, including those who have believed in the Cardinal’s innocence throughout this lengthy process."

But, Coleridge said, the result"does not change the Church’s unwavering commitment to child safety and to a just and compassionate response to survivors and victims of sexual abuse."

"The safety of children remains supremely important not only for the bishops, but for the entire Catholic community," the archbishop said.

This story is developing and is being updated.