BOSTON -- Cardinal Seán P. O'Malley offered his weekly televised Mass of May 17, the Sixth Sunday of Easter, for health care professionals working during the COVID-19 pandemic.

The Mass aired on CW56 and CatholicTV at different times on May 17.

The lector for the Mass representing the medical community was Dr. John Barravecchio, president of the Guild of St. Luke of the Archdiocese of Boston, the nation's oldest association of Catholic physicians.

The cardinal said the Church follows the example Jesus set in his own ministry, which focused on caring for the sick more than any other activity.

"We see our own care for the sick as service to Christ himself present in suffering humanity," he said.

The Mass was not the cathedral's only demonstration of gratitude and support for health care workers during the pandemic. The Cathedral of the Holy Cross is one of many churches in the country, including the National Basilica of the Immaculate Conception in Washington, D.C., participating in a national "Light it Blue" initiative.

Starting on May 8, the side of the cathedral facing Washington Street has been illuminated with blue lights in honor of health care professionals and first responders. Some homes and buildings throughout Roxbury and the South End have also been displaying blue lights.

"It serves as a reminder to healthcare professionals and first responders that their sacrifices do not go unnoticed and that we are praying for them all daily," Father Kevin J. O'Leary, rector of the cathedral, said in a press release. 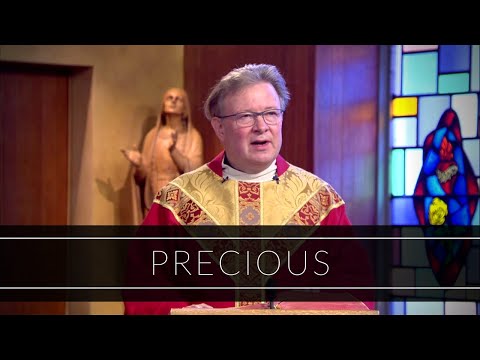