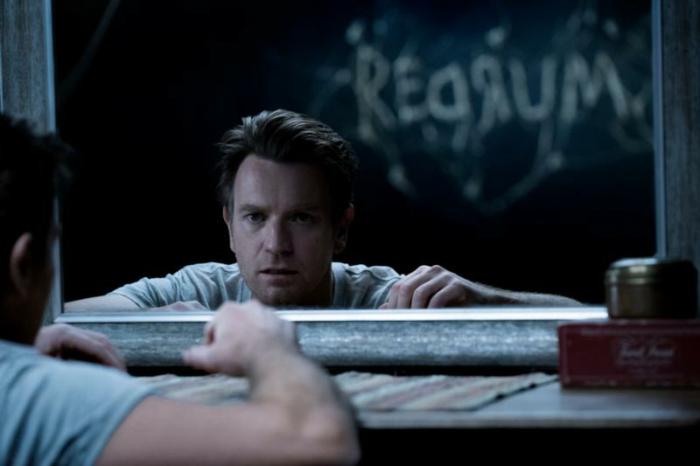 NEW YORK (CNS) -- The following are capsule reviews of theatrical movies on network and cable television the week of June 21. Please note that televised versions may or may not be edited for language, nudity, violence, and sexual situations.

Tuesday, June 23, 10 p.m.-midnight EDT (TCM) "The Man Who Came to Dinner" (1941). Screen version of the Broadway comedy by George S. Kaufman and Moss Hart in which an acerbic network radio personality (Monty Woolley), forced by a broken hip to spend Christmas with a small-town Ohio family, contrives to keep his secretary (Bette Davis) from getting married while withering all around him with his insufferable sarcasm. Director William Keighley's stagey production gets surefire laughs from the fish-out-of-water situation, witty dialogue and zany characters (Jimmy Durante, Reginald Gardiner and Ann Sheridan), though some viewers may tire of Woolley's irascible egomania and the dated topical humor. Mild sexual innuendo. The Catholic News Service classification of the theatrical version was A-II -- adults and adolescents. Not rated by the Motion Picture Association.

Friday, June 26, 5:15-7:15 p.m. EDT (Showtime) "I Feel Pretty" (2018). A thump to the head during a Soul Cycle workout gives a young, ambitious but out-of-shape woman (Amy Schumer) the illusion that she is suddenly slim and beautiful, and this supercharges her self-confidence, transforming her failing romantic life as well as her career at a cosmetics firm (led by Lauren Hutton and Michelle Williams). Though her fantasy alienates her from her closest pals (Aidy Bryant and Busy Philipps) for a time, it also lands her a sensitive new boyfriend (Rory Scovel). Co-writers and directors Abby Kohn and Marc Silverstein have packaged an unbendingly cheerful girl-power fable that, despite its trite plot, conveys sound messages about self-esteem and showcases some good moral choices. A sequence in which the protagonist's sudden boldness is shown to extend to sexual matters, however, may have the parents of teen girls, who are this film's target audience, hesitating to give them the green light. An implied nonmarital sexual encounter, obscured rear nudity, a single instance each of scatological and anatomical humor. The Catholic News Service classification of the theatrical version was A-III -- adults. The Motion Picture Association rating was PG-13 -- parents strongly cautioned. Some material may be inappropriate for children under 13.

Saturday, June 27, 8-10:30 p.m. EDT (HBO) "Doctor Sleep" (2019). Disturbing horror sequel to 1980's "The Shining" finds the psychic little boy of that film grown into a troubled hospice orderly (Ewan McGregor) who unites with a similarly gifted teen girl (Kyliegh Curran) to combat an occult band of wanderers (led by Rebecca Ferguson) who torture and murder clairvoyant kids and use their life essence to keep themselves young. Working from the 2013 novel by Stephen King, writer-director Mike Flanagan takes his time and effectively builds up a macabre mood. But the unsettling premise and intermittent graphic mayhem make his polished movie appropriate for few. An occult theme, scenes of harsh, gory violence, including the torture of a child, some gruesome sights, drug use, full female nudity in a nonsexual context, off-screen casual sex, at least one profanity, a couple of milder oaths, several rough terms, occasional crude and crass language. The Catholic News Service classification of the theatrical version was L -- limited adult audience, films whose problematic content many adults would find troubling. The Motion Picture Association rating was R -- restricted. Under 17 requires accompanying parent or adult guardian.

Saturday, June 27, 9:45-11:25 p.m. EDT (Cinemax) "Greta" (2019). A naive waitress (Chloe Grace Moretz), still mourning the recent death of her mother, finds a lost handbag on a New York City subway train and, on returning it, discovers that its owner is a lonely French-accented widow (Isabelle Huppert). The two quickly bond, but all is not, of course, what it seems in director and co-writer Neil Jordan's psychological thriller, which also features Maika Monroe as the server's savvier roommate. Moretz and Huppert create sufficient dynamism to elevate the implausible proceedings into a guilty pleasure, and Jordan holds back any bloodletting until a single sequence that's all the more shocking for the restraint that has preceded it. Gothic fun for grown-ups. Momentary but intense gory violence, a few gruesome images, references to a lesbian relationship, about a half-dozen uses of profanity, several crude and crass terms. The Catholic News Service classification of the theatrical version was A-III -- adults. The Motion Picture Association rating was R -- restricted. Under 17 requires accompanying parent or adult guardian.