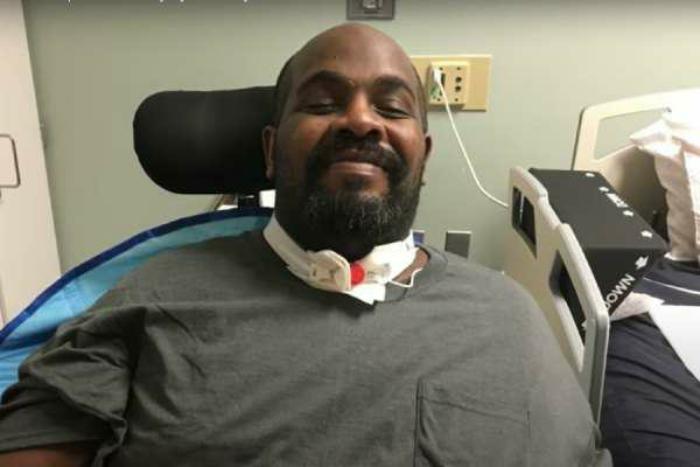 CNA Staff, Jul 13, 2020 CNA.- Two members of Congress are calling for an investigation into the death of Michael Hickson, a 46-year-old Black man who died after a doctor informed his wife that he did not have a quality of life due to his brain injury and quadriplegia.

Mr. Hickson’s wife, Melissa, recorded a doctor at St. David’s South Austin Hospital in Austin, Texas, explaining that he would not be pursuing aggressive treatment of Hickson’s coronavirus due to his assessment of Hickson’s quality of life. Other patients who received the treatment, the doctor explained, were able to walk and talk, unlike Hickson.

Hickson died on June 11, after being denied food, water, and medical treatments for five days. He died of complications related to coronavirus. He had contracted the coronavirus in the nursing home where he lived.

On Saturday, Rep. Chip Roy (R-TX), called for an investigation into Hickson’s death.

“My office is looking into this highly troubling story, where doctors appear to have denied potential life-saving treatment while saying aggressive treatment wouldn’t ‘help him improve’ & ‘right now, his quality of life . . . he doesn’t have much of one,’” Roy said on Twitter on July 11.

On June 29, Rep. Joaquin Castro (D-TX) also tweeted that he found the audio recorded by Mrs. Hickson to be “very disturbing.”

CNA requested comment from both congressional offices on either Hickson’s case or the calls for an investigation into St. David’s South Austin Hospital, neither responded by time of press. Castro and Roy’s districts are located near Austin, where Mr. Hickson died.

A statement from St. David’s South Austin posted on their website in June offered condolences to the Hickson family, and assigned responsibility for decisions about Mr. Hickson’s care with his court-appointed guardian, Family Eldercare.

"The loss of life is tragic under any circumstances. In Mr. Hickson’s situation, his court-appointed guardian (who was granted decision-making authority in place of his spouse) made the decision in collaboration with the medical team to discontinue invasive care,” said the statement.

“This is always a difficult decision for all involved. We extend our deepest sympathies to Mr. Hickson’s family and loved ones and to all who are grieving his loss.”

As of July 13, the statement from the hospital was no longer on their website.

An updated statement emailed to CNA on July 2 from DeVry Anderson, M.D., the chief medical officer of St. David’s South Austin, claimed that Mr. Hickson was not treated differently due to his disability.

“This was not a matter of hospital capacity. It had nothing to do with Mr. Hickson’s abilities or the color of his skin. We treat ALL patients equally. This was a man who was very, very ill and in multi-system organ failure. His legal guardian and his doctors worked together, consulting pulmonary and critical care specialists, to determine a care plan that was best for him,” said Anderson.

Anderson described Mr. Hickson as “very, very ill” upon his arrival at the hospital, and in addition to COVID-19, he also had pneumonia in both lungs, a urinary tract infection, and sepsis.

“Despite aggressive treatment and one-to-one care, Mr. Hickson went into multi-system organ failure,” said Anderson. He also developed “a number of complications,” including aspiration of the contents of his feeding tube.

“Aspiration has the potential to be fatal, especially for a patient in a weakened physical state, like Mr. Hickson, and this was the reason his tube feedings were discontinued,” he added.