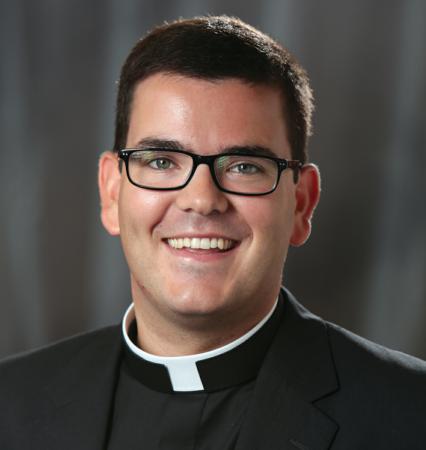 Cardinal ordains five priests for Boston, one for Society of Jesus

BRIGHTON -- Deacon Matthew Norwood came to embrace his faith through involvement in his Wellesley parish during his high school years. His participation in the St. Paul Parish confirmation program led him to join the youth group, which he thought would be "a good place to make friends."

"It really became an opportunity to delve into the faith, to learn more about the faith. It was a really positive experience," Deacon Norwood said in a March 26 interview.

He said the seeds of his vocation were sown during time spent in Eucharistic Adoration.

"Looking back on it now, I see how gracious God was to me during those years. Youth group was part and parcel to that. That was really the place where faith launched," he said.

There were a few times when priests asked him whether he had thought about a religious vocation or told him they thought he would be a good priest. But he did not seriously consider it until two powerful experiences impacted his discernment.

The first experience, when he was a junior in high school, was attending the 2011 World Youth Day in Madrid. Deacon Norwood said it was "a powerful encounter with God" and "made me want to commit myself to God."

The second experience was a pilgrimage to the Holy Land. At one point during the trip, his group celebrated Mass at the Church of Primacy of St. Peter, where, as recounted in St. John's gospel, the resurrected Jesus ate breakfast with his disciples and told St. Peter to "feed my sheep." After the Mass, the priest leading the pilgrimage told Deacon Norwood, "I think you're called to the priesthood."

"Initially, I was just thrown off because I had only met this guy a few days before. We had barely talked, and somehow in three days he had a sense of wanting to say that to me. I thought, 'What's this all about?' It was mysterious," Deacon Norwood said.

Other priests had made similar comments, but they were priests he saw frequently, and he had not given it much thought in the context of his daily life.

"I knew right then and there that this couldn't be something coming from him; this has to come from God, because there was no way he'd be able to speak to me in this way about vocation after knowing me for three days. It didn't make sense in light of my human experience, but in light of what God was doing at that time it made sense. That was really what launched me into discernment of a priestly vocation," he said.

After finishing high school, Deacon Norwood enrolled in George Washington University with a scholarship in vocal performance, hoping to study geography. During his freshman year he became involved at the school's Newman Center. He began to pray more often, attend daily Mass, and go to confession regularly.

"Everything that was stirred up in the Holy Land was confirmed in my first semester at George Washington," he said.

Deacon Norwood said he was presented with a "powerful" example of a priestly vocation in the life of the chaplain, and was greatly impacted by "seeing the effects of priesthood well lived, seeing what happens to a community, what fruit there is in a community, when priesthood is lived out in the way that God intends."

That year he applied for college seminary in the Archdiocese of Washington. He entered St. John Paul II Seminary, located near the National Shrine of St. John Paul II. He was there the year that John Paul II was canonized, and he visited the shrine frequently. He often prayed in the seminary chapel before a relic of the late pope's cassock stained with blood from his attempted assassination.

In his senior year, Deacon Norwood returned to the Archdiocese of Boston, something he felt God calling him to do. For his diaconate year, he was assigned to St. Columbkille Parish in Brighton, working under Father Richard Fitzgerald, who was his childhood pastor.

"In a sense, I feel like I'm in the backseat like God is the one driving the car, and I just get to witness the direction that he's taking me in and see that he knows better than I do," Deacon Norwood said.

In a June 18 email to The Pilot, he admitted he felt disappointment when he learned his ordination to the priesthood would be delayed due to coronavirus pandemic.

However, he said, the extra time allowed him to reflect on the needs of the people he will serve.

"The change in the date is not somehow outside of God's permissive will. He has allowed this and it has given me an opportunity to see the ways in which I may be more disposed to receive the gift of priestly ordination," Deacon Norwood said.

During the pandemic, he collected the names of medical professionals to pray for. He also sent Miraculous Medals to his friends who are nurses, who shared them with their coworkers.

Deacon Norwood said that the postponement also helped him "become detached from any idea" of what his ordination day would look like.

"I realized that the day may not be like I expected it to be, but it will certainly be everything that it is supposed to be in the eyes of God, and that is a great gift," he said.