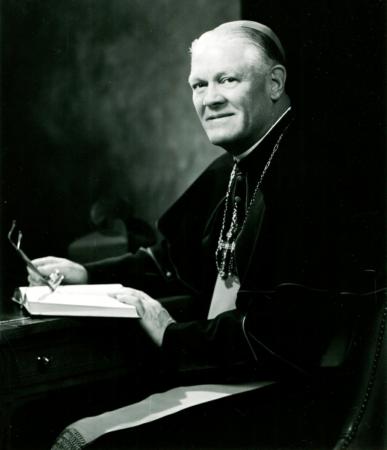 Denver (CNA) -- Archbishop-designate Mitchell Rozanski is set to take over the Archdiocese of St. Louis, after heading the Diocese of Springfield in Massachusetts since 2014. Though Rozanski himself backed major changes in the Springfield diocese's handling of abuse, one unnamed abuse victim has asked for a Church investigation into whether the archbishop-designate was involved in covering up abuse.

Olan Horne, an advocate for victims of sex abuse by clergy, said the request to investigate Archbishop-designate Rozanski was made by a Berkshire County resident who had taken part in the Boston archdiocese's multi-million dollar settlement, the Springfield newspaper The Republican reports. Horne said the request had support from "other concerned Catholics here in the diocese."

The complaint was made through the Catholic Bishops Abuse Reporting Service website, and Horne said he received confirmation that the allegation had been filed.

Mark Dupont, secretary of communications for the Diocese of Springfield, told CNA August 6 that Rozanski had worked to make improvements in responding to sexual abuse allegations since before June 2019, when he commissioned an independent investigation into the mishandling of an allegation about a previous bishop.

"Even prior to commissioning the Judge Velis Report, then-Bishop Rozanski had directed a total revamping of our Safe Environment office, bringing in a new director, hiring new investigators, negotiating an agreement with all local district attorneys' offices, and naming a task force to review all procedures for handling complaints," Dupont told CNA.

Dupont said the complaint about Rozanski would have been directed to Springfield's metropolitan, the Archdiocese of Boston, but added "to the best of our knowledge no such complaint has been filed."

CNA sought comment from the Boston archdiocese, the St. Louis archdiocese, and Archbishop-designate Rozanski, but received no response by deadline.

Pope Francis named Rozanski Archbishop of St. Louis in early June. He will be installed Aug. 25.

In June, the Springfield diocese released the final report of an independent investigation led by retired Superior Court Judge Peter A. Velis, an adjunct professor of criminal evidence at Westfield State University who handled Catholic clergy sex abuse cases as a judge.

The report examined the case of an alleged victim, known under the pseudonym John Doe, who said he told the diocesan review board that Springfield Bishop Christopher J. Weldon, who died in 1982, had abused him, as did two priests, when he was an altar boy in the 1960s.

However, Bishop Weldon was not listed on the Springfield diocese's list of clergy credibly accused of abuse. Although at least three witnesses and a letter to Doe from the review board supported Doe's claim that he told the review board about Weldon in 2018, the review board only acknowledged the claim that the two priests had abused him.

On June 24, the diocese released Velis' 373-page report finding that Doe's claim he was molested by Bishop Weldon were "unequivocally credible."

The Velis report indicated that there were two accounts of the diocesan investigator's findings, one of which was more clear in accusing Weldon of abusing Doe. That version, however, was not shared with the review board. Some diocesan responses, which indicated Doe had never testified about Weldon's abuse, relied on the version which had been shared with the review board.

The Velis report said that "from the inception of the complaint through the follow-up process, the procedure was greatly flawed."

In June, Rozanski apologized for the "chronic mishandling of the case, time and time again, since 2014."

"At almost every instance, we have failed this courageous man who nonetheless persevered thanks in part to a reliable support network as well to a deep desire for a just response for the terrible abuse which he endured," the archbishop-designate said at a June press conference, one year after he commissioned Velis to conduct the investigation.

Both a diocesan investigator and a victim's advocate involved in Doe's case are no longer employed by the diocese, and Weldon is now named on the Springfield diocese website as a "deceased bishop who was found to have credible allegations of abuse."

Horne was still critical of the diocese.

"It should not have taken this herculean effort to get justice for the Weldon survivor," he said. "Look at the names and the games -- they are the same and finally we have had a few investigations to get to the bottom of the claims we all have been making here for years without any results."

This is not the first time abuse concerns regarding a bishop have surfaced in the Diocese of Springfield. In 2004, Bishop Thomas Dupre became the first Catholic bishop in the U.S. to be indicted on criminal charges for sexual abuse. The case did not go to trial due to the statute of limitations on some charges and because the grand jury decided not to indict on other charges, The Republican reported.

Horne accused the diocese of handling abuse through "an archaic system" that should have been updated after Dupre left, but never was.

The sex abuse victims' advocate also objected to the diocese's delay in naming diocesan priest Father Paul Archambault to its list of credibly accused priests. The priest's name was added in 2016, the year the diocese disclosed its 2011 settlement with an alleged victim. Archambault committed suicide in 2011, after being confronted about his alleged abuse of a teenage boy.

Dupont, the spokesman for the diocese, told CNA the Velis report "had no finding of any cover-up."

However, Velis said his findings raise questions about whether there was an attempt to conceal the report's contents about Bishop Weldon from the review board or Bishop Rozanski. It was not the scope of his investigation to determine responsibility for the apparent deceptive practice or "if and when the reports were switched."

Rozanski told Velis he was not aware of the specifics of Doe's allegation of abuse by Weldon and did not know about the different reports about Doe's allegation produced by the diocesan investigator.

Velis reported that Rozanski "immediately felt a call to action" when he was made aware there were possible discrepancies in how the complaint was handled.

However, Rozanski said he knew that Weldon was accused of being "present during incidents of abuse that occurred" and acknowledged to Velis that he considered this to be a form of abuse.

Dupont, the Springfield diocesan spokesman, maintained that the diocese did not cover up allegations against Weldon. He told CNA that "our earliest public responses acknowledged Bishop Weldon was allegedly present where the abuse occurred."

The Velis report is not unchallenged. The diocese's most recent vicar general, Monsignor Christopher Connelly, has said he was "unfairly and unfavorably portrayed" in the report, according to The Republican.

Connelly has denied the alleged victim's claim to have told him that Weldon abused him.

"I regret that my recollection of that meeting and his are so very different. I am also puzzled that throughout this process there is a lot of discrepancy and confusion. I am puzzled by that as well," Connelly said.

"The name of Weldon was not divulged to me. Our meeting was not about Bishop Weldon, it was about another deceased priest," said the Monsignor. Connelly said that if Weldon's name had been mentioned, it would have been in a follow-up letter, which only mentions the accusation against Father Clarence Forand.