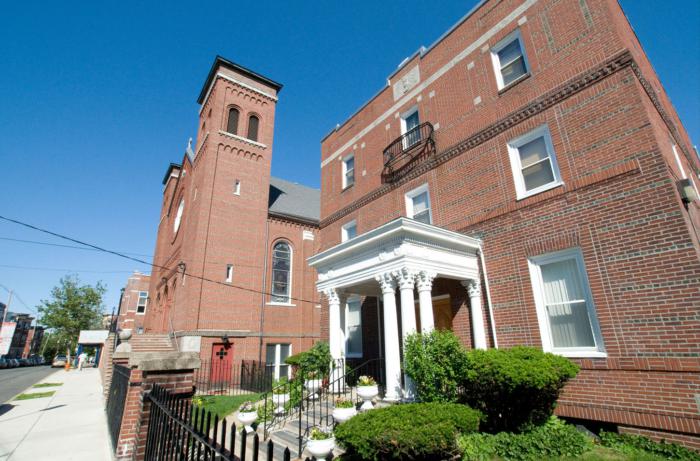 St. Stanislaus Parish was established in Chelsea 115 years ago to serve the once vibrant Polish community in the area. The parish celebrated its final Mass Aug. 30. Pilot file photo

CHELSEA -- After serving the local Polish community for 115 years, St. Stanislaus Parish has been suppressed by the archdiocese and closed its doors after a final Mass on Sunday, Aug. 30.

At the end of the Mass, parishioner Jerzy Markiewicz offered a reflection and spoke about the "long and glorious history" of the parish, which was founded by Chelsea's Polish residents in 1905.

"I offer this short sketch of our spiritual community today as our 'te deum' to God for the 115-year existence of this parish and for the possibility to practice our faith," Markiewicz said in Polish.

Millions of Polish immigrants came to the United States in the late 1800s and early 1900s. In 1903, the Polish residents of Chelsea began meeting to plan the creation of their own parish. Each family pledged to donate 25 cents a week to a fund for this purpose.

After two years, they saved enough to purchase a church building. Father Jerzy Jaskolski, OFM, was installed as the first pastor of St. Stanislaus Parish, named for the patron saint of Poland and the first Pole to be canonized.

Only three years later, on April 12, 1908, the entire parish property was destroyed in a fire that swept through Chelsea. The current church was dedicated in 1912. The parish eventually boasted a school and a convent for its teachers, initially the Sisters of St. Francis from Buffalo, New York, and later the Sisters of St. Joseph.

"Here, the new generation of Polish-Americans were taught their faith and what it meant to be Polish," Markiewicz said.

He and the community expressed gratitude to Father Andrew Grelak, a native of Poland who has been the pastor of St. Stanislaus Parish since 1996.

"We are thankful for your tireless service at the altar of Christ, for our sick and for our deceased over the past 24 years. You prepared us for the jubilee year that was the 100th anniversary of the parish in 2005 and have been with us in good as well as in difficult times," Markiewicz said.

A letter from the parishioners to Father Grelak was also read aloud.

"Today, we thank God for sending to this American land a Polish priest, who for decades has served with tremendous dedication and sacrifice not only the Polish community but also the American Catholic community in the Archdiocese of Boston," the letter read.

Along with their pride and gratitude, Markiewicz expressed the sorrow he and other parishioners felt about the parish closing.

"Today, the long and glorious history of St. Stanislaus Parish in Chelsea comes to an end. The doors to our church will be closed forever. Among those of us for whom this church was a place of prayer in our native language and a bastion of Polish culture, this awakens in us deep anguish. Leaving this church for the last time, we will fondly recall what a unique place this truly was. But, we must also carry with us the disappointment that we were unable to fulfill the promises of our forefathers and maintain this parish longer," Markiewicz said.