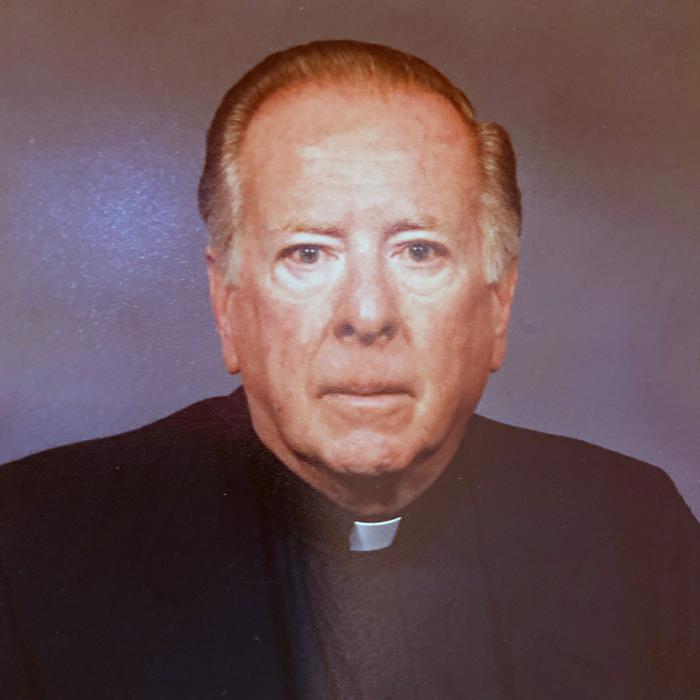 Born in Boston on Oct. 8, 1928, Father O'Connor was raised in Cambridge's St. John the Evangelist Parish. His parents were the late Maurice and Mary (Mitchell) O'Connor. He attended local schools before entering St. John Seminary at Brighton.

Archbishop Richard J. Cushing ordained him to the priesthood on Sept. 29, 1953, a member of the "second" class of that year. The plethora of candidates for the priesthood in the archdiocese meant that they had to make space in the theology house for the rapidly increasing number of seminarians; this even so with the building of a minor seminary at Jamaica Plain. Many will recall that the first two years of the college division of the seminary were housed for two decades at Cardinal O'Connell Seminary in Jamaica Plain. There was more than a bit of irony in the seminary's name in that Cardinal O'Connell had been mightily opposed to anything like a minor or college seminary despite much pressure to the contrary.

Archbishop Cushing gave Father O'Connor his first assignment as an assistant at St. Mary, Randolph (1953-1957). Father O'Connor's following assignments as either assistant or associate were all made by his ordaining bishop: St. Pius Fifth, Lynn (1957-1966); St. James, Haverhill (1966-1968); St. Philip Neri, Newton (1968-1970); and back to his home parish, St. John the Evangelist in Cambridge (1970-1976). During these years, he was also able to complete two graduate degrees, both master's degrees, one in religious education at Emmanuel College (1970) and the other in pastoral ministry at Boston College (1974).

He very much enjoyed his assignments, especially those in the South Region, where he made many friends lasting through his retirement years.

Bishop Richard Lennon, then the apostolic administrator of the archdiocese, accepted Father O'Connor's request to resign as pastor of his Stoughton parish, making it effective on Nov. 17, 2003, and granting him senior priest retirement status.

In his retirement, Father O'Connor continued to live where he had felt most at home. He retired to his own residence in Taunton (in the Fall River diocese), where he was able to assist in parishes.

He was most recently a resident at Marian Manor and died at the Taunton extended care facility on Dec. 15, 2020.

Father O'Connor's funeral Mass was to be celebrated at St. Mary Church, Norton, on Dec. 22, 2020. Father Timothy Reis was to be the principal celebrant of the funeral Mass and Deacon Thomas Palanza was to be the homilist. Father O'Connor is survived by his sister, Mary Crowley, Zephyrhills, Fla. With Father O'Connor's death, only two members of either class of 1953 remain and both are from the "second" class: Father Edward Gallagher, retired in San Diego, Calif.; and Father William Pearsall, retired at Regina Cleri, Boston.